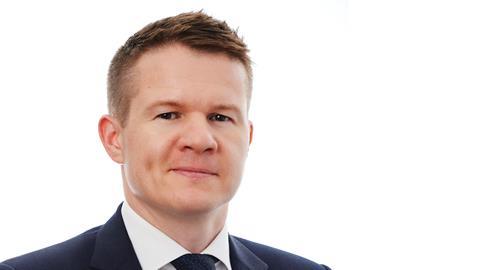 My mam inspired me to be a lawyer. We had very different paths. She studied for her degree for what is now the GDL and LPC part-time in the evenings. That was when my sisters and I were kids and my dad worked away on a North Sea oil rig. When she finished her articled clerkship, she worked in a small high-street practice. She is the one who first got me thinking about the profession as a career.

When I did my degree, I found that I wanted to specialise in complex, cross-border restructuring and insolvency matters. My personal tutor at LSE, Vanessa Finch, suggested that I take her module in insolvency law as part of my law degree – and I just loved it! That then inspired me to want to experience insolvency law in practice – and I did so for one of my seats as a trainee. I relished helping clients in a crisis, and dealing with a crisis is the day-to-day reality of working in the restructuring and insolvency area.

I was part of the original Linklaters team that led on the Lehman Brothers collapse in 2008 and continue to act for the administrators of LBIE. I’ve been involved with the Lehman Brothers administration (we act for PwC partners as administrators of the European group) since day one. It has been (at different stages) exciting, exhausting, fascinating, and hugely rewarding – not only because of the scale and complexity but also due to the wider ramifications for the financial markets. Over the last 10 years, a multitude of rules and regulations have been brought into force in the UK, at EU-level and internationally to deal with failing banks and financial institutions. Much of it inspired by what happened with Lehman.

I have had the opportunity to work on some other high-profile restructuring and insolvency situations across a range of sectors. One of these continues to be UK and international retail, including acting on the administrations of HMV Group, GAME Group, Blockbuster and, most recently, the international collapse of Toys R Us.

One of my roles at Linklaters is as an LGBT partner champion. It is crucial that anyone who is LGBT at Linklaters has role models at a partner and leadership level, especially for those entering the business for the first time. I think it would have been far easier for me, as a young man starting out in my career, if I had had gay role models – and also ‘Allies’ who openly supported the LGBT cause. This is why our Ally programme at Linklaters is so valuable – seeing the visible signs that our Allies make (for instance, in wearing Pride badges and rainbow lanyards) are powerful symbols of acceptance.

I am proud of my role as executive sponsor of Linklaters’ LGBT Network, and I am fiercely supportive of the work that the group has achieved. Consider, for example, our work in outreach and pro bono work (such as taking on cases with the UKLGIG charity for LGBT asylum-seekers), our role in the Open for Business initiative, and enabling anyone who is LGBT to feel welcome and able to be who they really are at work. This year, we are rounding off Pride month with our first ‘walking float’ as part of the Pride in London celebrations – and there is much to celebrate.

Being at 25 Bank Street (the former Lehman Brothers HQ) at 7.56am on 15 September 2008 was a career highlight. It was the moment the administrators were appointed.

We have made good progress in our diversity journey at Linklaters but clearly there is a lot more to do. We’ve had a brilliant reaction to our HeForShe initiative, with men stepping up to support their female colleagues, making commitments to show how they will act as champions. Equally, establishing our VisAbility network shows those whose health issues might not be immediately obvious that we want to help and make a difference. Another key area for the firm is social mobility and access to the profession. We are making changes to the way we work with the education sector and local communities, as well as our internal systems to ensure we attract, recruit and retain the best talent from as broad a pool as possible.

As part of Linklaters’ celebrations for LGBT Pride month, five members of the firm’s UK LGBT Network have shared their personal stories in a powerful film.