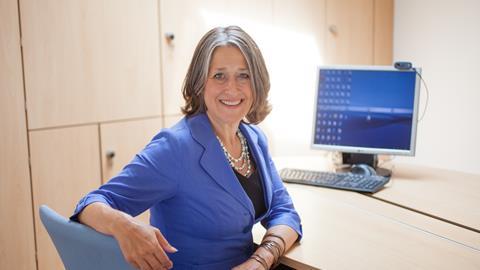 I grew up in North Devon in the 1970s. CND and the National Council for Civil Liberties (now Liberty) were big influences in my teens. I was a fan of Helena Kennedy, who I heard on the radio when I was 16. I was inspired to fight injustice… although I wasn’t sure what injustice I would be fighting at that age.

I trained with Kidd Rapinet in Berkshire. First I did care and family work in the Maidenhead and Aylesbury office as a trainee. Then I spent five years in the Slough office. Care emerged as the work I could make my own path in and I had a natural flair for it.

When you act for parents you can get your teeth into it in a different way to when acting for children with a professional guardian. I enjoy both, but find the former more challenging and often more rewarding. The ability to give advice that can effect positive change in families’ lives, keep families together and break cycles of abuse is something I am proud to have been a part of.

I was asked to chair the local domestic abuse forum by the police, as many solicitors in private practice were asked to in the late 1990s. I was enthusiastic and proud of my efforts but felt that local authorities were abdicating their responsibility by a ‘tick-box approach’ to forums to meet their obligation without any real ‘buy-in’ on their part. After speaking out about this at a convention in Exeter, I resigned. I am pleased to say that without my committed, but strategically futile input, the impetus for a local-government-policed approach took off. There is now much more joined-up thinking, and a national and local strategic approach to domestic abuse that has seen a shift in attitudes. I was proud to be recognised by the main local charity supporting a refuge as one of the five most inspiring women in North Devon in 2016.

I have never been adversely affected by children or care work or the challenging circumstances of those I encounter. The work I have enjoyed the most has been complex non-accidental injury work, where I am often researching medical issues and interpreting complex medical records and reports. You either can do this work or you shouldn’t do it. I have never lost sleep because of the facts of a case.

Legal aid is available to any parent on a non-means basis who is in care proceedings. How can it be right that the same parent cannot have legal aid to defend a de facto removal of a child that goes in to voluntary care where a family member is then persuaded by the local authority to issue private law proceedings for an order rather than the state taking care proceedings?

There is a disconnect between the Equality Act and various government papers on disability rights, including ‘Valuing People Now’, and what happens on the ground. I feel quite disillusioned about that. It is also inconceivable to me that in criminal trials measures were brought in and funded for vulnerable witnesses years ago but were not similarly funded for family and care work. How about some joined-up thinking on vulnerable witnesses so that whenever good practice is adopted in the criminal courts it is shared and automatically applied to the family courts? The justice system sometimes appears to favour funding the defendant’s universal rights in criminal trials over funding the rights of all vulnerable victims, whether defendant, victim or a party to family proceedings.

Setting up my own firm in 2005 was exceptionally rewarding. I did this when legal aid was under threat and 95% of my work was legal aid. It was me and my loyal assistant Annette (for a time our ‘office’ was above my brother’s garage) – me with a 14-month-old daughter and a newborn in March 2007. Had I known how much ‘easier’ I would have found this in my twenties, I would have taken the leap years before.

Being nominated by my two trainees and scooping the Law Society’s National award for client service only five years later was a career highlight. A few difficult years followed, when things seemed almost impossibly hard at times (a mistake with a legal aid tender being particularly hard and more stressful than any client case). However, it was another career high this year to be the only firm in the south-west to be shortlisted for five awards at the Devon and Somerset Law Society Awards in May. We won three.