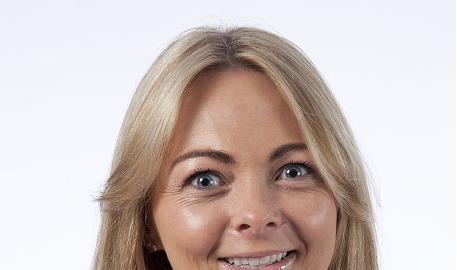 My push towards a legal career was mainly being good at law in college and enjoying it. I knew since my late teens it was the career path I wanted to follow so I studied law and was active in seeking out work experience at law firms around Manchester and Bolton. I got good A-level results in law and in the back of mind I always knew it would provide good job prospects in the future.

It wasn’t easy to get a job at first though. I sent out hundreds of applications for training contracts, but because I had done work experience at Express Solicitors, this made them notice my CV and give me an interview.

I joined the new client team at Express Solicitors a few weeks after leaving university in June 2007. I became a litigation assistant with my own caseload in 2008 and secured a training contract in 2009. The training was first class and the firm prepared me well; I qualified in 2010, became an associate a year later and I became partner within five years of starting at the firm, just after my 27th birthday.

One of the hardest challenges I’ve faced is adapting to the changes of the Jackson reforms; particularly having to learn a whole new system in respect of the portals and dealing with budgeting work. It’s also hard to deal with the bad press we receive and always defending the reputation of PI lawyers when we’re providing advice and support for people who’ve been injured, assisting them to get their lives back following an accident.

PI lawyers particularly have to be down to earth, have a good rapport with clients and put themselves in their client’s shoes. Lawyers generally have to be organised, have good time management, be able to prioritise tasks and have a good work/life balance with the ability to switch off.

Other lawyers are fine to deal with professionally, but the insurers can be a bit of a challenge. Whereas other lawyers maintain a degree of professionalism, the same can’t be said for a great deal of insurance companies who deal with the majority of cases in the first instance.

When I tell people I’m a PI lawyer the reaction isn’t particularly good at first and I feel I must explain the types of cases I deal with and the hardships people suffer to justify my job at times. The press has a lot to answer for, distorting social views of PI lawyers. But I’m proud of being a lawyer - it’s a prestigious job and I’ve worked hard to get where I am. I am particularly proud of my achievements and the difference I have made to my client’s lives.

The hardest client is the demanding client who wants to know more when there’s not much to tell or those who have had a ‘mate down the pub’ who got much more compensation. Justifying compensation levels can be difficult sometimes.

I’ve got some great working relationships with amazing barristers at local chambers, but on the other side of the coin, when I’ve had to use barristers I’ve not used before it sometimes doesn’t work out. I deal with some very difficult cases in PI that barristers don’t want to take on, as many are risk averse.

My least favourite law is definitely the Animals Act 1971 as this does not always afford redress to those who’ve been attacked by animals. We have to show that the dog (for instance) has bitten before and while this may have happened previously the evidence is difficult to obtain. There is also some judicial confusion regarding this area of law.

Our reputation has been lost in the media. We’re constantly criticised when actually we do a great job. Government changes and fixed costs also means there’s less time to spend with our clients. While it was a big change I think budgeting is useful. It enables me to do a ‘stocktake’ in my cases and the end result is that I can be more focused on the direction I am going in with the case.

I am sure all PI lawyers would agree all of the recent procedural case law has been fast paced and we have to keep up with it all.

Specialisation has definitely been a good thing for lawyers and their clients. In PI it would be hard to deal with a mixed bag of cases. I deal with extremely difficult liability cases and it’s important I’m focused and know this law inside out; it’s of huge benefit to my clients.