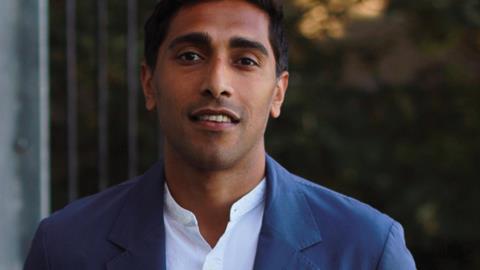 I can remember from quite a young age being deeply interested in structures of power and how they promote or inhibit human need. A career practising law seemed like the most sensible and pragmatic way of navigating that dynamic and making change that would benefit people.

I have had quite an unconventional journey in my legal career having initially trained at the bar and then cross-qualifying as a solicitor. While I still do plenty of advocacy, I very much enjoy the rigmarole of litigation. I have been privileged to work on some incredibly interesting cases engaging fundamental rights of fair trial and freedom of assembly and expression. However, no amount of training can comprehensively prepare you for setting up a law firm from scratch.

Criminal justice used to be concerned primarily with how society deals with important moral issues. But it has increasingly become, through successive governments, the way in which the state controls its citizens by criminalising them when it shouldn’t. It should be of greater concern to all of us that crime intersects with areas of civil law as much as it does now. Criminalising people should be the last resort, not the easy-to-reach way of enforcing compliance, especially when the state so often fails to engage with the particularities of the individual concerned. Those failures have been exacerbated by austerity.

Working at Bindmans was the best start to my career I could have had. When Geoffrey set up the firm, the era of litigating civil and political rights was on the upswing, bolstered by the Human Rights Act at the turn of the century. While the challenges around realising human rights are still hugely important, the democratisation of information and the growing justice gap mean that we now also need to be innovative around the delivery of legal services if we want a fairer society and to progress humanitarian goals.

Criminalising people should be the last resort, not the easy-to-reach way of enforcing compliance, especially when the state so often fails to engage with the particularities of the individual concerned

It was not my express ambition to set up a law firm, but when esteemed colleagues floated the idea it really caught my imagination. The ambition of Commons is to put social justice into the heart of legal practice. We have clients who are legally aided as well as privately paying and we set up as a not-for-profit (we operate without drawing equity rewards). Any profits made are reinvested into the firm’s mission and we aim to pay our lawyers in line with Government Legal Service rates. We also undertake project work alongside our legal work to improve the justice system. It is exciting to be part of a growing trend of ethos-powered law firms which are forging a more diverse legal sector ecosystem.

Memorable career highlights are all those days when I got into the magistrates’ court without waiting around for hours.

Much of the law has evolved from private property rights, rather than the realisation of justice and fairness. Globalisation is compounding that by showing that privatisation does not always lead to productivity and in fact often exposes common public goods to harm. The digital age is rapidly revealing that concentrations of wealth and power do not lead to economic efficiencies and are harmful to the planet, especially in a multi-polar world. There may be a gradual shift towards the principle of the Commons – that prosperity also depends on shared public resources with meaningful community governance – which will be shaping law and decision-making for decades to come.

I also work in campaigning and communications at the digital agency 89up. Working in the fields of public relations, social media comms and political technology, I can understand why setting rules and regulations struggles to keep pace with the digital sector’s spirit of innovation, entrepreneurship and creativity. Lawyers and legislators are not programmed to ‘move fast and break things’, which is probably a good thing. The potential shifts in power of the fourth industrial revolution will be very different to previous industrial epochs of water power, assembly lines and computerisation. There is nothing to worry about if we work collectively with the focus on equality and human need.

Sashy Nathan is a solicitor at Commons, London