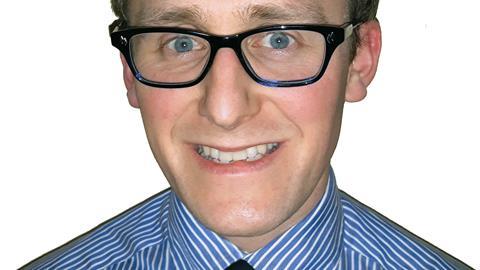 As a schoolboy, I was interested in a career as a ‘space lawyer’ and thought that it would be amazing to work out who owned the moon. Over time, my interests became more down to earth and I began to look at how the legal relationships between countries work (or do not). Working in an internationally focused organisation now gives me a chance to put this into practice.

Having completed my LLB in Scotland, my route to qualifying in England involved a part-time GDL and LPC, along with a mixed training contract in-house with the commission and some brilliant seats at Burges Salmon in Bristol.

One of the hardest challenges I have faced so far has been managing overseas litigation from the desk in England. While procedural rules can be explained and understood, the cultural nuances are more difficult to pick up. In particular, getting to grips with the more relaxed approach to court directions on the continent, while trying not to panic, took some getting used to.

Now my biggest challenge is dealing with the increased scrutiny of international organisations by domestic regulatory authorities. Trying to explain how an archaic Royal Charter works can easily be lost in translation.

I have been lucky to have many interesting moments in my career so far, including participating in the recent reform of Scottish burial law and seeing the result directly on to the statute books. My most memorable moments have come when visiting commission cemeteries or memorials around the world to gain an understanding of a particular piece of casework.

While I absolutely agree with the sentiments and aims of data protection, my least favourite laws are probably the Data Protection Regulations, due to the sideline industry of audits and reviews they have created. At least there are no major shake-ups due in this area.

Although I have only been in-house for the last few years, there is a sense that many organisations are losing the fear of involving lawyers in the operational parts of the business. We are now seen to be more useful and relevant.

One of the major gains of the growth of the in-house sector has been the improved understanding in private practice of the in-house role and what we are looking for as informed clients. This helps to build collaborative working.

I hope the in-house sector continues to grow in confidence and be recognised as a first-choice career option for new graduates, as well as part of a varied career for those on the more traditional path. Greater crossover between in-house and private practice will help both sides to work together.

Importantly, I also hope that the in-house role is not diluted into a back-office function. The principles and independence that come from being part of a profession, and not just an employee, are essential to ensure that proper legal advice and support can be provided.