A client being taken on for a personal injury claim had just 97 seconds to ‘e-sign’ a conditional fee agreement less than a day after his accident, it has emerged.

Costs recovery firm checkmylegalfees.com said last week that it had secured a refund on behalf of former Slater and Gordon client Ian Turnbull. For the first time, the company also released details of the conversation where the client was signed up.

Turnbull had been involved in an RTA in 2016 and instructed the national firm. Turnbull died before the claim was resolved, but his sister Rebecca Piper continued proceedings on his behalf. The PI claim settled for £60,000 but Piper and her family expressed concerns about the £4,052 deducted as fees.

Checkmylegalfees.com argued on the family’s behalf that it was not possible for Slater and Gordon to satisfy a court that Turnbull had given ‘informed consent’ to its terms of business. 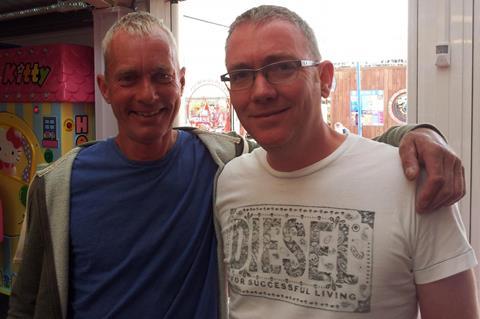 With the permission of the family, the company has published the transcript of what it says is a telephone conversation between the PI firm and Turnbull the day after his accident. According to the transcript, Turnbull said he was ‘not very computer literate’ and struggled to refresh a web page but was asked whilst on the line to open his laptop and look for an e-sign document. He received the 15-page claim pack during the call and was directed to ‘I confirm’ almost immediately. He received confirmation that his electronic signature had been accepted within 97 seconds of first opening it.

Mark Carlisle, founder of checkmylegalfees.com, said he had concerns about the way that fees were subsequently deducted and that Turnbull’s case reinforced why the principal of ‘informed consent’ was so important.

He said that a solicitor’s duties included being open about all the material facts concerning the relationship with their client, but that many solicitors were trying to argue that  those duties did not apply until after the client has signed up to the terms of business. Carlisle added: ‘We think it is clear that Ian put his trust and confidence in Slater and Gordon from the point that they undertook to deal with his case for him.’

Slater and Gordon ultimately agreed to refund the entire deduction last year, but Turnbull’s family continues to pursue a complaint through the legal ombudsman.

The firm told the Gazette that a refund was offered as a ‘gesture of goodwill’ and in light of the tragic circumstances of Turnbull’s death. Its offer was made within a month of the issue being raised but initially rejected by checkmylegalfees, the firm said.

A spokesperson added: ‘Slater and Gordon remain confident in the quality and terms of our retainers.' The firm said its retainers had been examined in detail in Swann v Slater and Gordon and found to be 'transparent, reasonable and to satisfy the test of informed consent.'