Capping the amount a solicitor can take from a client’s damages is enough to show that the client gave ‘informed consent’ to the deduction, the High Court has ruled in a judgment affecting 400 conditional fee agreements.

In Swann v Slater & Gordon, District Judge Rouine sitting in the High Court in Birmingham also held that no fiduciary duty could arise during the process of negotiating a retainer.

Regional costs judge Rouine was tasked with dealing with more than 400 ‘solicitor and own client’ costs assessments being brought against national firm Slater and Gordon. Swann was the lead case, with the judge asked to determine a number of preliminary issues to then be applied to the wider caseload. In an order dated 12 March he found in favour of Slater and Gordon on all points before him. 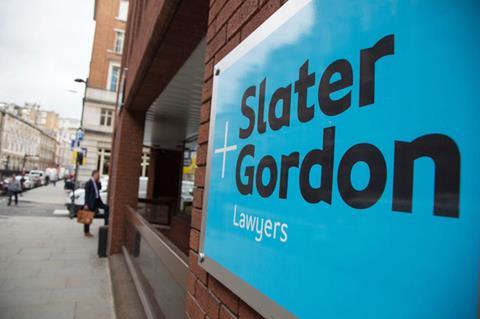 More than 400 costs assessments were brought against Slater and Gordon

Each retainer contained a provision capping the client’s potential liability at 25% of their damages. DJ Rouine said the existence of this cap had a ‘magnetic attraction’ in terms of informed consent.

He added: ‘Being told that there is a cap, and what that cap might be, is more than sufficient information… for the purposes of obtaining informed consent from a client for deductions to be made from their award of damages.’

DJ Rouine said it would be an ‘impossible task’ for a solicitor to ‘provide a client with specific advice as to every scenario and every level of damages which might be awarded and the impact that such an award would have on the sums which the solicitors say could be deducted from the award of damages.’

He added: ‘The realistic and pragmatic approach… is for the client to be made aware of their potential maximum exposure to a deduction from damages.’

DJ Rouine also considered whether any breach of fiduciary duty could have occurred in relation to the retainer. He said he accepted Slater and Gordon’s arguments that a fiduciary duty cannot arise while ‘the process of negotiating the terms of the retainer relating to the solicitor’s remuneration remains ongoing’.

The judgment also distinguished Swann from last October’s ruling in Belsner v Cam Legal Services, in which Mr Justice Lavender found that informed consent had not been given. DJ Rouine noted that he was not bound by an earlier High Court decision, and said the existence of a defined cap on the client’s liability amounted to a ‘a very significant factual difference’.

The judge refused permission to appeal.