Administrative backlog behind drop in divorces

Regional divorce centres have contributed to the number of divorces falling to its lowest level in nearly 50 years, the Office for National Statistics (ONS) has suggested. However, at least one family law expert suggests the fall may be due to couples waiting for a change in the law.

Figures published on Friday show that 90,871 opposite-sex couples divorced last year - a decrease of 10.6% compared to 2017 and the lowest number since 1971. The ONS expects to report a higher number for 2019 as the centres, which have been widely criticised for delays and inefficiencies, tackle a backlog of cases.

The ONS said recent Ministry of Justice statistics highlight an 'administrative reason behind the scale of this decrease' - divorce centres processed a backlog of work last year resulting in 8% more divorce petitions. 'We expect this to translate into a higher number of completed divorces in 2019,' it added.

It emerged earlier this year that couples faced a record 59-week wait to get divorced as a result of the backlog. A question mark hangs over the future of the centres.

In May the government announced that couples would no longer have to prove fault to get divorced. However, the Divorce, Dissolution and Separation Bill is currently at a standstill due to this month's general election.

Solicitor Zahra Pabani, a family law partner at national firm Irwin Mitchell, said the drop in divorce numbers is not a true reflection of divorce in the UK and is symptomatic of the current challenges facing family law. 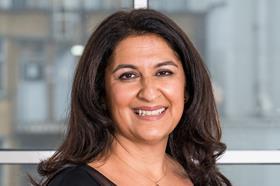 Pabani said: 'No-fault divorce repeatedly being on and off the legislative table has left divorcing couples in limbo. I’ve had clients say to me, "I'm not going to get divorced yet because I’m waiting for no-fault divorce to come in" - and clearly unhappy couples are bidding their time for the divorce rate to be so low. Once no-fault divorce comes in, divorce rates will skyrocket just as they did in the 1970s when new legislation was introduced.

'The ONS itself notes that an administrative backlog is partly to blame for the drop and that rates will most likely be higher next year. The reality is that the courts have suffered through numerous funding cuts, and court employees are increasingly overworked and understaffed. Delays are therefore inevitable and until this remedied, will likely skew future statistics.'