Child abuse victims find the civil litigation process ‘relentless’ as many simply discontinue their claims rather than take the process any further, an inquiry has reported.

The Independent Inquiry into Child Sexual Abuse, set up by the Home Office in 2014, reported last week on the aftermath of abuse and the legal process for claiming compensation.

The report found that neither the criminal or civil justice system is able to effectively deliver the redress that victims and survivors seek, with many finding the legal processes baffling, frustrating, hostile and futile. The conclusions came from 15 days of public hearings, during which the inquiry heard from 40 witnesses including insurance brokers, lawyers, police officers and survivors.

Professor Alexis Jay OBE (pictured), chair of the inquiry, said: ‘Many are left retraumatised and deeply unsatisfied with the often lengthy and confusing litigation. Equally concerning is the lack of clear signposting for the compensation and support which survivors could be entitled to.’ 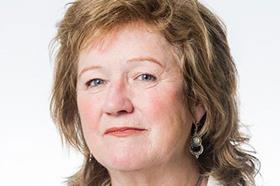 The report notes specifically that those who do come forward felt they were offered inadequate support during the legal process and that access to therapeutic support was generally poor. One victim told the inquiry their case ‘got to the point of sheer blind panic, there was no one to turn to’. Claimant lawyers said clients need signposting to appropriate services and often treated their lawyers as counsellors as well.

Claimant lawyers reported that in many if not all cases, defendants routinely rely on the limitation defence to fend off claims. This was ‘appallingly difficult’ for clients to understand, said one representative.

Several defendant lawyers who spoke to the inquiry conceded that limitation continues to be raised in many defences to non-recent cases. But some insurers said their policy had changed so that limitation is only cited where it is considered that a fair trial would not be possible.

The report said the law of limitation should be re-examined to consider whether to make it easier for victims and survivors to bring claims for non-recent child sexual abuse.

The report states that many claimants may have issues with funding civil cases and without some form of litigation funding they are unlikely to pursue them. Some claims may be funded by legal aid, but lawyers told the inquiry the means test for public funding is now ‘very very restrictive’.

The inquiry also heard there are a limited number of insurance companies offering policies protecting claimants against losing their claims (even then the premiums may be unaffordable) and so victims and survivors find that solicitors are unable or unwilling to seek justice through litigation.

The report concludes there is a ‘compelling need’ for claims by victims and survivors of child sexual abuse to be treated differently from other forms of personal injury litigation. Claimants should be treated sensitively and defendants recognise that that explanations, apologies, reassurance and access to specialist therapy can be just as important to victims as financial compensation.

Where redress is wanted, the report recommends that the Judicial College revise its guidelines for the assessment of personal injury damages to include a freestanding section on the damages that may be appropriate in these cases.

Claims should not be prolonged or undermined by not knowing if defendants have public liability insurance to pay for successful claims, and the report backs a register to help claimants in this respect. It is also recommended that a single expert jointly instructed by claimant and defendant lawyers should be the norm rather than the exception.