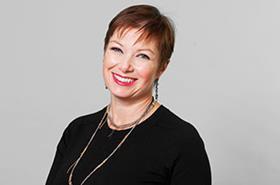 Sexual harassment at the Bar is ‘rife’, and the profession’s response is counter-productive, a recorder told a public audience yesterday. Giving a lecture at Gresham College, London, Professor Jo Delahunty QC of 4PB, said: ‘As a senior woman at the Bar, I am in the position where I can speak out about sexual harassment without fear that by doing so I am harming my career.’

‘I suffered sexual harassment as a pupil and junior barrister,’ Delahunty said. ‘I had thought that was a sign of the times and a problem of the past because it was not something I had been made aware of in recent times. I was wrong. It still goes on, much in the same way as I experienced it.’

The lack of progress means that barristers needed to ‘agitate’ for a very different approach to dealing with complaints, and changing the Bar’s culture, she said. ‘The silence of the profession about it runs the risk of condemning it by inaction.’

Addressing her fellow senior barristers directly, Delahunty added: ‘We should provide mentoring to junior members and have an open-door policy on issues that are as serious as sexual harassment and bullying.’

She quoted some of the barristers she spoke to in preparation for the lecture. One told Delahunty her experience of confronting harassment from more senior colleagues: ‘I was severely reprimanded by the person from my chambers I was following at the time, for saying anything.’

A fellow QC related her own experience of sexual harassment to Delahunty: ‘From a position of agency you can see that other members of chambers would have wanted to help me, but at the time I questioned whether they would.’ This underlined the need for senior barristers to be vocal in their opposition to harassment being tolerated.

‘This lecture has been researched and delivered not to present the Bar as a toxic profession,’ Delahunty concluded. ‘It is not. It is a challenging, vibrant, intellectually stimulating and highly rewarding sector to work in.’ However its culture on sexual harassment and bullying must change.