Jody Jansen, former head of architecture and innovation at Gowling WLG, has been appointed chief technology officer of BCLP Cubed, a service for high-volume legal work which opened for business yesterday. 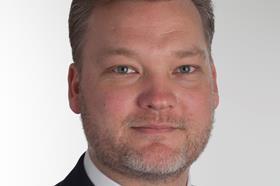 BCLP Cubed is made up of solicitors, volume delivery teams, and consultants who help in-house lawyers improve the efficiency of their operations. It will focus on cost saving, faster transaction times and data-driven insights for in-house lawyers.

Jansen said: ‘[BCLP Cubed] is an exciting new concept that will deliver significant benefits for clients and establishing a state-of-the-art technology platform on which to operate will be critical to its success.’

Other firms have also stressed lawtech’s potential. Speaking at a Law Society event, Allen & Overy partner Shruti Ajitsaria said that junior lawyers are ‘sick of working in ways we have done for the past few decades’, adding that technology has opened up new streams of work.

Ajitsaria said: ‘The work we are doing is changing and the skills you need to be a really good lawyer are also starting to change.’