Buckland announces JR reforms to keep judges away from politics

The lord chancellor has unveiled proposed reforms which he says will protect judges from being drawn into politics - after an independent review, led by Lord Faulks QC, found that courts were increasingly considering the merits of government decisions rather than how those decisions were made.

The Ministry of Justice said a public consultation, commencing today, will directly address the recommendations of the Independent Review of Administrative Law, which was tasked with investigating whether the correct balance was being struck between the rights of citizens to challenge executive decisions and the need for effective government.

According to the ministry, the panel found that the courts were increasingly considering the merits of government decisions themselves, instead of how those decisions were made. It recommended two immediate reforms. 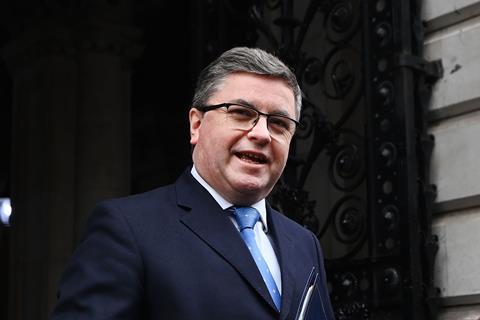 Buckland: Reforms will defend judiciary from being drawn into political questions

Other proposals include giving judges discretion to order a remedy to be 'prospective-only'. The government will consider defining exactly how and when a use of state power is automatically ‘null and void’.

Lord chancellor Robert Buckland said: ‘I am extremely grateful to Lord Faulks and his panel of experts for this timely and considered report. We must seize this opportunity to restore a proper balance between the institutions that have been so integral to our success as a nation – to protect the rights of individuals, our vital national security and effective government.

‘These essential reforms will defend the judiciary from being drawn into political questions and preserve the integrity of judicial review for its intended purpose: to hold the government to account, apply the intent of parliament, and protect individuals.’