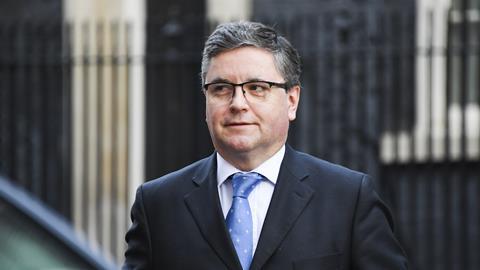 Buckland rules out judge-only trials as solution to virus backlog

The lord chancellor says judge-only Crown court trials would be a ‘disproportionate step’ to keep the justice system moving during the pandemic, as he revealed today that he is looking at ways to bring back jury trials.

Robert Buckland QC, giving evidence to the Joint Committee on Human Rights on the government’s Covid-19 response, was asked by the SNP’s Joanna Cherry QC about jury trials, which have been paused in England and Wales.

Cherry pointed out that Scotland is currently looking at how to hold jury trials during the pandemic. Proposals being explored include juries of fewer members as happened in World War Two, social distancing measures using the public gallery in the court, and empanelling juries remotely.

Buckland began his response by welcoming the Scottish government’s ‘change of heart’ over judge-only courts. He said judge-only courts were a disproportionate step which would have wider consequences ‘we would all regret’.

Buckland, a criminal barrister, said he was a great believer in the jury system and will do everything he can to preserve it. The concept of what happened in World War Two ‘is one that is worth serious consideration’, he said. Legal thinktank Justice’s work on remote jury trials ‘merits careful scrutiny’.

He said: ‘The key thing for me is seeing how quickly we can get jury trials back up and running. The most sure-fire way of doing that is by making sure we have space within the court system to do that. If it means at Cardiff Crown Court, they are able to run a couple of courts in the main building, perhaps a few more jury trial courts in another public building nearby, that would be a real contribution to getting at least some of the shorter, more straightforward jury trials moving once again.’

Buckland told the committee he was impressed at how courts have rationalised operations. ‘Things that would have been scarce believable only two months ago are now being achieved by way of technology.’

The committee was told the judiciary is planning for what the recovery might look like in terms of how the courts can operate once the immediate lockdown eases and to scale up operations to clear the backlog.

Buckland does not want a return to the status quo. He said: ‘The legislative alterations we made to allow more audio and video hearings were temporary in accordance with the act that was passed. It seems to me that there is now an appetite to make at least some of these changes permanent.’

However, the solemn nature of court proceedings should not be minimised or forgotten in the race to embrace technology, he added.