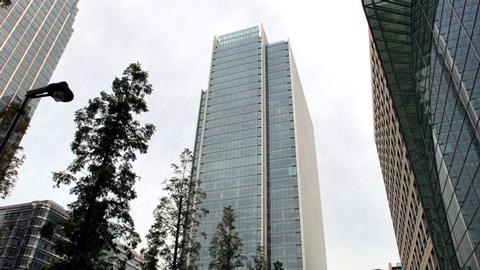 Clifford Chance silent over reports of SRA probe into Excalibur

Magic circle firm Clifford Chance has declined to comment on a report that it is being investigated by regulators over a litigation financing deal.

The international giant is reportedly being probed by the Solicitors Regulation Authority in relation to a Court of Appeal judgment last year, which found funders liable for indemnity costs awarded against their funded client. Neither Clifford Chance nor the SRA has commented.

The report by business publication Financial News suggests two people familiar with the matter have confirmed the investigation is taking place.

In Excalibur Ventures v Texas Keystone and Others, handed down last November, the court ruled against the funder despite finding ’no discreditable conduct’.

Clifford Chance had represented the claimant Excalibur in the defeated £1.6bn claim over interests in four Iraqi Kurdistan oilfields. The litigation was financed by five funders to the tune of £31.75m, including £17.5m provided as security for costs.

In the judgment, Lord Justice Tomlinson said the argument for the funders boiled down to the proposition that it was not appropriate to direct them to pay costs on the indemnity basis if they have themselves been guilty of no discreditable conduct or conduct which can be criticised.

He continued: ‘Even on the assumption that the funders were guilty of no conduct which can properly be criticised, and I accept that they did nothing discreditable in the sense of being morally reprehensible or even improper, this argument suffers from two fatal defects.'

‘First, it overlooks that the conduct of the parties is but one factor to be taken into account in the overall evaluation. Second, it looks at the question from only one point of view, that of the funder…. It ignores the character of the action which the funder has funded and its effect on the defendants.’

He added: ‘A litigant may find himself liable to pay indemnity costs on account of the conduct of those whom he has chosen to engage – eg lawyers, or experts [who] may themselves have been chosen by the lawyers, or witnesses… The position of the funder is directly analogous.’

Tomlinson said Clifford Chance had from the outset of the case an 'acute conflict of interest', the extent of which worsened over time. He described the firm as having pursued the litigation through 'aggressive and unacceptable correspondence'.

The ruling prompted discussion about the future of third party litigation funding.