Work to reinvigorate commonhold as an attractive alternative form of property ownership should focus on newbuild homes to address lenders’ concerns, a mortgage chief has said.

The government has set up a Commonhold Council to prepare homeowners and the property market for the widespread take-up of commonhold.

Charles Roe, director of mortgages at UK Finance (successor to the British Bankers Association), told a Westminster Legal Policy Forum today that a number of lenders are prepared to lend on commonhold properties but ‘it’s not as common as leasehold and that’s a problem.’ 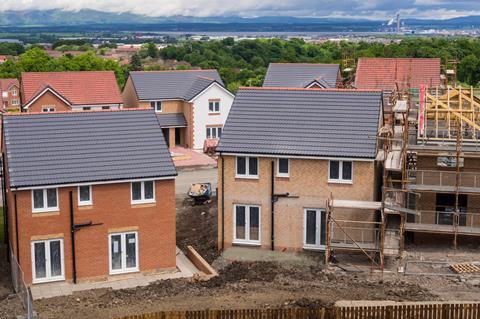 Commonhold allows a person to own a freehold flat, and be a member of the company which owns and manages the shared areas and structure of the building. It has struggled to gain traction since it was introduced in 2002.

Roe said: ‘As a country we know and understand leasehold – both its flaws and positives. It will need government intervention and widespread support to ensure commonhold replaces leasehold [successfully].’

The forum heard that UK Finance thinks it unfair to force mortgage lenders to lend on, and residents to live in, a commonhold set-up without their agreement.

The Law Commission, which was tasked by the government to find ways to make the leasehold alternative work, came up with proposals to make conversion possible without the unanimous consent of the freeholder or all of the leaseholders.

Roe said: ‘It is apparent that some measure of enforced conversion will have to come into place in future. But we would rather see the focus on newbuild properties so that customers and lenders can see how it works in practice and learn from any issues.’

Alongside its report, the commission published an open letter to lenders outlining the steps it had taken to address their concerns.

The US, Canada, Australia and New Zealand have systems analogous to commonhold.

Sebastian O’Kelly, chief executive of the Leasehold Knowledge Partnership, a support and advisory body for leaseholders, said: ‘We talk about commonhold as though it’s an exotic thing. It's not... Conversion to commonhold will come for existing buildings once commonhold is the de factor tenure for new buildings. But it will take time.’