Costs lawyers remain confident they can ride out the proposed Jackson reforms – despite the plans being cited as a key factor behind the closure of one leading firm.

A survey of Association of Costs Lawyers members, conducted at last month’s annual conference, found a small majority are comfortable with fixed, recoverable costs in fast-track claims, but stressed that should be the limit of their scope.

Overall, 52% answered that fixed costs in fast-track claims was ‘fair enough’ but that it should go no further. Members said instead that civil justice rulemakers should acknowledge the improvements in the costs budgeting process and allow that system to mature.

Most costs lawyers taking part in the ACL survey viewed government reform as the main threat to the future of the profession. The majority thought they would weather the Jackson reforms, even if some would take a hit initially. 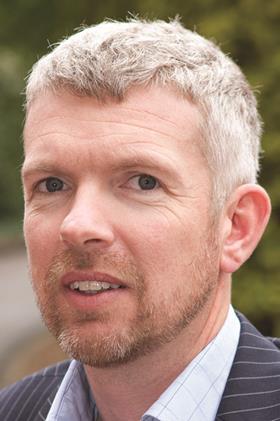 ACL chairman Iain Stark (pictured) said costs lawyers know ‘better than anyone’ that budgeting is becoming embedded in civil litigation and it will keep on improving.

‘It is true that many solicitors still need guidance but, with judges now far more confident in exercising their costs management powers, we are positive that it will make a real difference in controlling costs,’ said Stark.

‘That being the case, do we really need the upheaval and satellite litigation that fixed costs would cause as lawyers push for the highest fee available? They work on the fast-track because solicitors can cope with the "swings and roundabouts" of having some cases that require more work and others that require less than the fixed cost allows. However, that calculation does not work with more complex cases.’

This week administrators reported that one of the biggest firms in the sector, Just Costs Limited, had been brought down in part by the fixed costs proposals advanced by Lord Justice Jackson in the summer. The report said the firm had established a turnaround plan but Jackson’s recommendations ‘made it clear there needed to be a complete revisit of the company structure and consideration for survival’.

Elsewhere, just 5% of the 155 respondents said their solicitor clients always stuck to their budgets; 65% said they sometimes went over; while 29% had clients who always exceeded their budgets.

Earlier this year, the Court of Appeal ruled in the Harrison case that an approved budget could not be reopened by a costs judge at detailed assessment unless there is ‘good reason’ to do so.