Defence solicitors fire back at Raab over guilty plea accusation

Furious criminal defence solicitors have fired back at the lord chancellor over his suggestion that they encourage defendants to delay pleas until the last minute.

Responding to a question in the House of Commons this week about rolling out section 28 pre-recorded cross examinations of vulnerable victims and witnesses, Dominic Raab said: 'The evidence so far from the pilots and the trials needs to be gleaned and carefully evaluated, but I can tell my honourable friend that this is something that I want to look at very carefully not just because of the ability to secure a more effective prosecution, but to deter defence lawyers from perhaps not the universal practice, but certainly the widespread practice of encouraging the accused to wait until the moment in court before they take the decision on whether to plead guilty.'

Raab’s comment has been met with widespread anger from the criminal defence sector.

Mark Troman, president of the London Criminal Courts Solicitors’ Association, said: 'The overwhelming majority of solicitors take their responsibilities under the Criminal Procedure Rules seriously. They do not encourage clients to delay guilty pleas or call live witnesses when there are no issues. They cannot however take decisions for defendants, no matter what their own private opinions may be.' 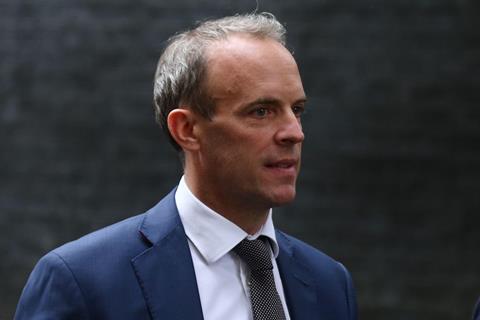 Criminal defence solicitor Jonathan Black, a partner at BSB Solicitors, said: 'What Raab does not appreciate, which demonstrates at best astonishing ignorance and at worse an attempt to play to the anti-lawyer gallery, is that a cracked trial, when a defendant pleads guilty at the last minute, usually results in a financial loss to the firm who has spent months preparing a case, chasing the Crown Prosecution Service and advising the client, only to find the fee slashed and any likely credit for the client pleading guilty diminished. It is lose-lose.'

Troman said the lord chancellor was right to look at ways to disincentivise defendants delaying a guilty plea, hoping a victim will not attend court to give evidence.

'The best way to achieve this is to ensure the Crown Prosecution Service show their hand early, to enable defence lawyers to give their clients clear advice. In domestic abuse cases initial disclosure should contain the 999 calls and body worn video evidence. Too often the defence are ambushed with this crucial evidence at the start of trial.'

The Law Society said solicitors act in the best interests of their client, which includes advising an early guilty plea where appropriate.

'Sometimes late evidence emerges which changes the defendant’s position, and in all cases, it is ultimately up to the client how to plead in situations that do after all have the potential to change their lives. There is no benefit to solicitors either way and we think it is important people understand their independent role,' the spokesperson added.

The Gazette requested a statement from Raab clarifying his comments. We were told that the deputy prime minister ‘has nothing further to add outside his comments in the house’.