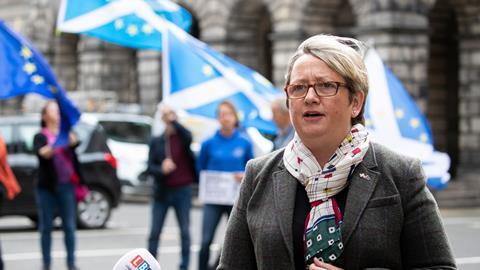 Appeal judges in Scotland have ruled that Boris Johnson's decision to suspend parliament for five weeks is unlawful.

The Scottish National Party's Joanna Cherry QC MP, who brought the challenge alongside barrister Jolyon Maugham QC and several opposition MPs, announced the news two hours before the High Court in England and Wales hands down its written judgment for dismissing a separate challenge brought by campaigner Gina Miller.

A summary of the Scottish court's opinion published on the Judiciary of Scotland's website says: 'The Inner House of the Court of Session has ruled that the Prime Minister’s advice to HM the Queen that the United Kingdom Parliament should be prorogued from a day between 9 and 12 September until 14 October was unlawful because it had the purpose of stymying Parliament.'

The summary concluded: 'The Court will accordingly make an Order declaring that the Prime Minister’s advice to HM the Queen and the prorogation which followed thereon was unlawful and is thus null and of no effect.'

Maugham, director of the Good Law Project, tweeted that he believed the effect of the appeal court's decision is that parliament is no longer prorogued.

He said: 'I have never been able to contemplate the possibility that the law could be that our sovereign parliament might be treated as an inconvenience by the prime minister. I am pleased that Scotland's highest court agrees. But ultimately, as has always been the case, it's the final arbiter's decision that matters,' he said.

Miller's case is due to head to the Supreme Court next Tuesday, where the UK's highest court is also expected to hear the government's appeal on the Scottish judges' decision.

Handing down the High Court's reasons in Miller v Prime Minister, the lord chief justice said the PM's decision 'was inherently political in nature' and that there was 'no legal standards to which to judge its legitimacy'. Lord Burnett of Maldon said the parties had agreed a costs order, with the claimant paying the defendant's costs to be assessed if not agreed.

A UK government spokesperson said: 'We are disappointed by today’s decision, and will appeal to the UK Supreme Court. The UK government needs to bring forward a strong domestic legislative agenda. Proroguing parliament is the legal and necessary way of delivering this.'

Number 10 pointed out that the High Court in London did not rule that prorogation was unlawful.