'Ecocide' would be an offence alongside war crimes at the International Criminal Court under a proposal published yesterday by an international campaign group. An expert panel convened by Netherlands-based Stop Ecocide Foundation unveiled a draft definition of ecocide as a potential fifth international crime, to sit alongside genocide, crimes against humanity, war crimes and the crime of aggression.

According to the draft definition ecocide means 'unlawful or wanton acts committed with knowledge that there is a substantial likelihood of severe and either widespread or long-term damage to the environment being caused by those acts'. 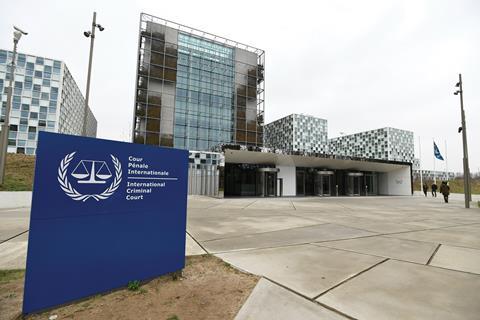 'Ecocide' would be an offence alongside war crimes at the ICC

'Wanton' is defined as actions 'with reckless disregard for damage which would be clearly excessive in relation to the social and economic benefits anticipated'.

The definition explains that the word ecocide combines the Greek ‘oikos’, meaning house/home (and later understood to mean habitat/environment), with ‘cide’, meaning to kill. This draws on the approach taken by the Polish jurist Rafael Lemkin, who invented the word ‘genocide’ in November 1944.

Panel co-chair Philippe Sands QC said: 'Ecocide is about law in the service of our planet, a means of changing consciousness and of harnessing the idea and ideals of international justice for the greater good.'

The group said that support for an ecocide law criminalising mass damage and destruction of ecosystems is gaining momentum around the world. Belgium is the first European nation to have raised the issue.