Establishing the crime of ‘ecocide’

In 2016, Professor Philippe Sands QC published East West Street, which recounts the development of the concepts of genocide and crimes against humanity and their application in the Nuremberg trials. Last November, 75 years after those trials, the Stop Ecocide Foundation (SEF) convened a panel of lawyers, co-chaired by former International Criminal Court (ICC) judge Florence Mumba and Professor Sands, to draft a legal definition of ‘ecocide’ that could form the basis for a new international crime. The definition is due to be published early this year. 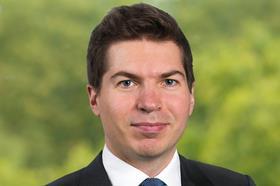 The concept of ecocide first gained significant worldwide attention in 1972, when Swedish prime minister, Olof Palme, addressing the UN Stockholm Conference on the Human Environment, called for an international crime of ecocide, primarily in response to US use of chemical weapons in the Vietnam War. However, when the Rome Statute was ratified in 1998, creating the ICC, environmental crimes were not included. In 2010, lawyer and environmental campaigner Polly Higgins lobbied the UN to create an international crime of ecocide. Although the UN rejected her argument, in 2016 the ICC said it would assess instances of environmental destruction as ‘crimes against humanity’.

As the negative effects of global warming have intensified, so too has political momentum in favour of criminalising ecosystem destruction. In 2019, island-states Vanuatu and the Maldives urged the ICC’s Assembly of States Parties to recognise the crime of ecocide. This call was echoed by Swedish parliamentarians, who asked SEF to draft a definition of ecocide.

According to SEF, ecocide relates to ‘harm to nature which is widespread, severe or systematic’, including ocean damage, deforestation, land and water contamination, and air pollution. The term therefore encompasses a wide range of activities, but must be drafted with enough specificity to ensure the definition has ‘sufficient certainty’, the importance of which is summarised in R v Rimmington: No one should be punished under a law unless it is sufficiently clear and certain to enable him to know what conduct is forbidden before he does it; and no one should be punished for any act which was not clearly and ascertainably punishable when the act was done.

A significant challenge will be setting a sufficiently precise threshold to distinguish the actus reus of ecocide from ordinary environmental offences. To take an extreme example, could the threshold be determined by reference to hectares of trees felled, or volume of waste dumped? The definition will more likely reflect article 7 of the Rome Statute, where crimes against humanity are defined in part as ‘widespread and systematic’ acts; however this could limit ecocide’s applicability in disasters such as oil spills, which may be caused by an isolated instance of negligence.

Then there is the question of mens rea. Should the crime be subject to direct intent, or would negligence suffice? Potential examples of ecocide cited by SEF range from direct, deliberate military action, such as the use of Agent Orange and nuclear weapons, to disasters such as Fukushima, Chernobyl and Bhopal. Acts of war may be captured by direct intent, whereas acts of negligence probably would not.

As for categories of persons to be prosecuted, Judge Mumba referred to state/individual responsibility, while SEF chair Jojo Mehta suggested that in most cases ecocide would be a corporate crime. However, prosecuting corporations at the ICC would require significant, unrealistic amendments to the Rome Statute. Benjamin Ferencz, former Nuremberg chief prosecutor of the Einsatzgruppen trial, has argued that corporate atrocities should be dealt with via individual, rather than corporate, prosecutions.

The concept also raises questions of ‘national sovereignty’. SEF lists goldmining as an issue that ecocide could address, but some nations would balk at the idea of criminalising access to their natural resources. Would the extraction of some resources, such as cobalt, be subject to a cost-benefit analysis because they are necessary for the development of new sustainable technologies? If so, would the analysis apply to environmentally damaging UK infrastructure projects, such as the Newbury bypass? Ecocide may have won support from world leaders such as Emmanuel Macron, but Brazilian president Jair Bolsonaro’s comments on deforestation in the Amazon, to the effect that the Brazilian rainforest is sovereign territory and the rest of the world should mind its own business, foreshadow some of the political resistance the concept is likely to face.

A more probable outcome is that ecocide will be developed within the framework of crimes against humanity. The ICC has indicated that it will prioritise crimes that involve environmental destruction, exploitation of natural resources, and dispossession of land. It is currently considering whether there are grounds for an investigation into Bolsonaro for crimes against humanity, relating to environmental damage and violations of indigenous peoples’ rights.

Ecocide may prove an increasingly popular cause for politicians in the west, as invoking criminal law suggests that environmental problems are being taken seriously. However, major issues such as carbon emissions, biodiversity loss and plastic pollution are fundamentally economic and political in nature, and require economic and political solutions. It will be interesting to see precisely how SEF defines ecocide but, for the reasons above, the prospect of ecocide’s imminent ratification as an international crime is remote. The primary legal risk in instances of large-scale environmental damage will probably continue to emanate from the civil sphere of group actions and mass torts.