In a skeleton argument filed with the High Court, the firm insists judges have no reason to overturn a ruling last summer by the Solicitors Disciplinary Tribunal that no rules were breached in the handling of Iraqis’ claims against the Ministry of Defence,

The Solicitors Regulation Authority appeals on the basis of nine allegations, seven of which are those where the tribunal was split and only ruled for Leigh Day on a majority basis.

The appeal, which started last week and relates to senior partner Martyn Day, partner Sapna Malik, associate Anna Crowther and the firm itself, is set to continue until tomorrow.

Leigh Day insists that far from the tribunal’s judgment raising concerns about its guilt, the ruling actually highlighted grounds for ‘real concern’ about the SRA’s approach to the prosecution. These included pursuing allegations which were unpleaded, unclear or which kept changing, pursuing for which there was no evidence, or disproportionately pursuing matters which at most were merely technical breaches. 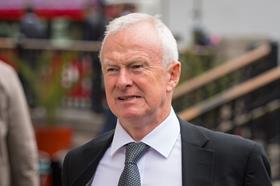 Leigh Day suggests the SRA has reworked its case in ‘exceptional length’ and raised the same issues in the hope of getting to a different result.

The skeleton adds: ‘The SRA is seeking to fight over once again, in minute detail, great tracts of what took seven weeks to deal with. The supposed 'errors of principle’ are a mirage, no more than a fig leaf for what is, in reality, a relentless attack on the tribunal’s findings of fact. Having over-prosecuted this case in the first place, the SRA is now seeking to pursue an appeal on an attritional basis. The tribunal was fully entitled, on the evidence and submissions before them, to reach the conclusion that all allegations should be dismissed.’

The tribunal ruled after a record 21-day hearing in which 13 witnesses were cross-examined and a trial bundle running to 70 lever arch files. Following this, the tribunal dismissed all 20 allegations against all four respondents and explained its reasoning in a 213-page judgment.

As well as allegations of misconduct during a press conference, the appealed allegations relate to the possession of a note detailing detainees and their links with the militia army. Crowther specifically was charged with misconduct after she destroyed a translation of the note.

The SRA also appeals with regard to financial dealings between Leigh Day and third parties involved in collecting evidence. One individual was paid £1.6m in referral fees, the court has heard.

The original tribunal hearing is estimated to have costs approaching £10m, including £1.5m spent by the SRA. A costs hearing last year ordered that each party must pay its own costs.