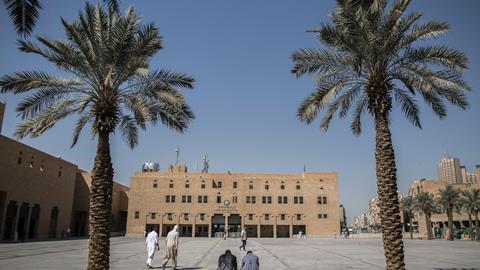 Firms opening offices in Saudi Arabia must remember they are ‘guardians of the rule of law’ and should not ignore human rights ‘outrages’ in order to preserve business arrangements, the director of the International Bar Association’s Human Rights Institute (IBAHRI) said last week.

Baroness Kennedy of The Shaws (Helena Kennedy QC) was speaking at the launch of her hard-hitting report on the death penalty in Saudi Arabia.

So far this year, the Saudi authorities have carried out at least 134 executions, mainly by public beheadings. Of these, 55 were of non-violent drug offenders and 37 were political activists killed en masse on 23 April following lengthy periods of detention, torture, and ‘grossly unfair’ trials.

Should executions continue at this rate, the 2019 death toll will far exceed all previous recorded totals, the report notes.

As of last month, 24 people face execution for non-violent or protest-related crimes. Three of these were under 18 at the time of their alleged offending.

‘Our focus is on political activists and minors,’ she said. ‘A number of people were underage at the time of their alleged offending.’

She added that capital charges are often ‘risible’ because they lack any detail. Saudi Arabia prescribes the death penalty for a wide range of crimes, including ‘terrorism’ which can encompass any opposition to the government.

The IBAHRI calls on Saudi Arabia to impose a moratorium on executions ‘with a view to ultimately abolishing the death penalty’. Meanwhile, the kingdom should publish accurate information about persons on death row and allow an international fact-finding mission by an independent organisation to investigate further.

On law firms operating in Saudi Arabia, Baroness Kennedy said: ‘As lawyers we are guardians of the rule of law. This goes much further than passing laws. I hope that those opening law firms in that part of the world keep this in mind.

‘We cannot, simply in the name of trading, turn a blind eye to this.’