The government of the People’s Republic of China stands accused today of perpetrating, from the highest levels, a policy that has all the key attributes of genocide as defined by international law. An independent expert evaluation by dozens of legal experts finds ‘clear and convincing’ proof that Chinese measures towards the Uighur minority amount to breaches of the 1948 Convention on the Prevention and Punishment of the Crime of Genocide.

Indicators of intent to destroy, in whole or in part, a protected group, identified from analysis of evidence including Chinese state communications, eye-witness testimony and satellite images, include: 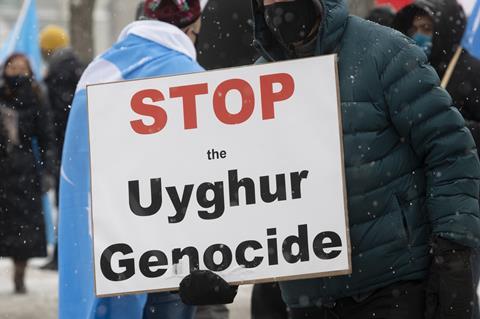 Evidence of acts of genocide includes the selective sentencing to death of Uighur leaders, systematic torture and cruel treatment including rape and mock executions, and the systematic targeting of Uighurs of childbearing years for detention in unliveable conditions.

The report, by a Washington thinktank the Newlines Institute for Strategy and Policy, notes that China is a highly centralised state in full control of its territory, and is a party to the genocide convention. It therefore concludes that China bears 'state responsibility for an ongoing genocide against the Uighurs, in breach of the Genocide Convention.’ While making no recommendation for action, the authors 'stand prepared to share our information and analysis with relevant institutions of actors interested in these findings'.