Kennedy told the Gazette that the action against her 'comes as no surprise' and will not stop her work speaking out against human rights abuses. She said that she had received a letter saying that there 'would be consequences' after she gave an International Bar Association Human Rights Institute award to Hong Kong lawyers Martin Lee SC and Dr Margaret Ng in recognition of their work to protect the rule of law. The pair are currently on trial with others after pro-democracy activists for their involvement in a demonstration last August during mass street protests against crackdowns imposed by the Communist government. 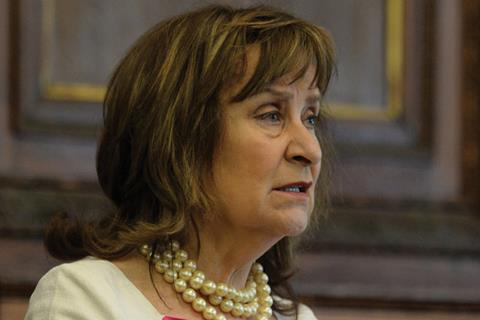 Kennedy co-chairs the Inter-Parliamentary Alliance on China with the former Conservative party leader Iain Duncan Smith MP, who was also on the list.

With the crossbench peer, Lord Alton, who also features, Kennedy proposed the genocide amendment to the government’s trade bill, devised specifically in relation to allegations that China is committing genocide against the Uighur people.

Sir Geoffrey chairs the UK tribunal investigating the allegations of genocide and crimes against humanity committed against the Uighurs and other Muslims. In 2019 he chaired the independent China Tribunal, which concluded that the Chinese authorities continued to harvest organs from executed detainees, allegedly persecuted by the state, including religious minorities such as followers of the Falun Gong movement.

In February, just one month after joining Essex Court Chambers, Alison Macdonald QC, with three junior barristers from the same set, wrote an opinion stating that acts conducted by the Chinese government against the Uighur population amounted to crimes against humanity and genocide.

The lord chancellor, Robert Buckland QC, tweeted to 'strongly deprecate' the actions of the Chinese foreign ministry in targeting lawyers and a set of chambers. He said: 'Chambers isn’t responsible for an opinion by one of its members; a lawyer shouldn’t be identified with the acts or views of the client, & the rule of law requires lawyers to be able to advise clients and give legal opinions without [foreign] government interference.'

Law Society president I. Stephanie Boyce said: 'Singling out lawyers – whether they are solicitors or barristers – for doing their jobs undermines the rule of law and the independence of the legal profession. We condemn any threat or sanctions against a chambers or individual lawyers fulfilling their professional obligations by representing clients and standing up for the rule of law.'