The government has quietly abandoned work on developing a new corporate crime offence, declaring that there is 'little evidence' of wrongdoing going unpunished.

Justice minister Andrew Selous (pictured) revealed yesterday in an answer to a written question submitted by Conservative MP Byron Davies that the Ministry of Justice has decided to drop work on creating an offence of 'failure to prevent economic crime' such as fraud and money laundering.

Selous said: ‘Ministers have decided not to carry out further work at this stage as there have been no prosecutions under the model Bribery Act offence [which creates an offence of failing to prevent bribery] and there is little evidence of corporate economic wrongdoing going unpunished.’

Jeremy Wright revealed last September in his first speech as new attorney-general that the government was considering the new offence of a corporate failure to prevent economic crime 'and the rules on establishing corporate criminal liability more widely’. The SFO’s director David Green QC was the highest-profile advocate of the move, which enjoyed cross-party support.

Green said the change would make it easier for the SFO, which investigates serious and complex fraud and corruption cases, to bring charges against companies. 'Only then would we be properly equipped to prosecute corporates rather than individuals,' he told the Financial Times.

Adrian Darbishire QC of white-collar crime chambers QEB Hollis Whiteman told the Gazette: ‘This is a major slap in the face for David Green, who has long argued that the state of the law of corporate liability prevents the SFO from being able to pursue delinquent corporates effectively. Certainly, the gulf that separates English law from the US and continental approaches shows no sign of narrowing.'

Robert Amaee, partner at Covington in London and former head of anti-corruption at the SFO said: 'This retraction by the government is unlikely to be welcomed by the prosecutors who have been calling for an extension of the law on corporate criminal liability. I expect that there will be renewed enthusiasm for revisiting this topic once the SFO has shown that it can bring successful prosecutions under the existing failing to prevent bribery offence.' 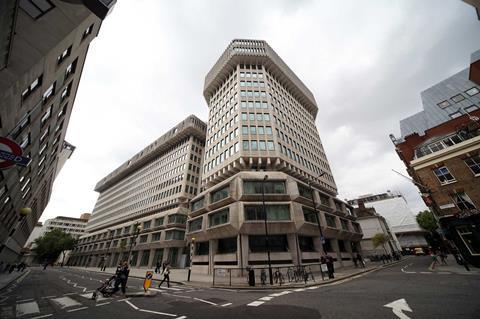 Elly Proudlock, a member of international firm Wilmer Hale’s white collar crime team, said: ‘It is surprising that the government has decided not to pursue law reform in this area, given the small number of corporate prosecutions to date and the repeated insistence by David Green… that the threshold for establishing corporate criminal liability must be lowered.’

She added: ‘It may be that the government is keeping its powder dry – waiting to see how the first prosecution under section 7 of the Bribery Act pans out before committing itself to reform.’

Norton Rose Fulbright partner Neil O’May argued: ‘All crime is worth preventing and it is curious that with the recent spate of accusations against large companies, the government believe this is not an attractive way of doing so.’

Alexandra Wrage, president and founder of the anti-bribery group TRACE International said the MoJ's decision 'may simply be a recognition that lack of legislation alone is not the primary obstacle facing the Serious Fraud Office'.

She added: 'The SFO has operated since 2011 under Section 7 of the UK Bribery Act, which already criminalises commercial organisations for failing to prevent bribery offences within their organisation, with very few actual applications of the law to date.

'It is no secret that the SFO has faced practical questions about a lack of resources needed to pursue these kinds of large, complicated cases against multinational corporations. Until those questions are addressed, adding new legislative offences to the criminal statutes risks the appearance of progress in this area without any real progress.'

In the UK Anti-Corruption Plan, published in December 2014, the MoJ was committed to bring forward proposals on the new offence by June 2015.