Increasing the judicial retirement age to 75 could improve diversity on the bench and encourage more women and lawyers from ethnic minority backgrounds to apply to become judges, a former lord chancellor has said.

Sir Robert Buckland MP told the House of Commons that increasing the mandatory retirement age by five years would present ‘a huge opportunity, not just for women but for people who come to the legal profession slightly later in their career’.

Speaking at the second reading of the Public Service Pensions and Judicial Offices Bill on Wednesday, Buckland said the current retirement age meant the judiciary was losing ‘many talented men and women at the height of their career’. 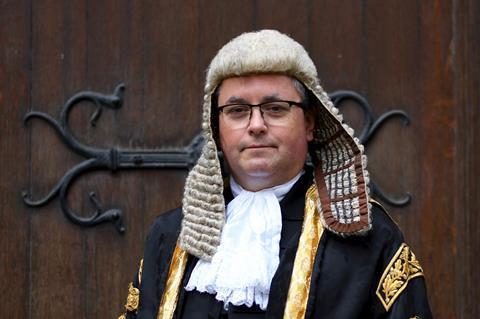 Buckland said he disagreed with the suggestion that raising the retirement age would negatively impact diversity, saying ‘that worst-case scenario is based on a failure to act’. The increase ‘could be a spur to the Government and the Judicial Appointments Commission to do even more to attract women, people from an ethnic minority, and people who join the profession late to a judicial career’, he told MPs.

‘It is incumbent on the Ministry of Justice, the Judicial Appointments Commission and others interested in and passionate about diversity to do more to attract people of diversity to the judiciary,’ Buckland added.

Sir Bob Neill, chair of the justice select committee, said there was ‘a number of distinguished former members of the High Court and the Supreme Court who have had to retire at 70, with many years of service still to give, and still do so, often sitting as arbitrators in important areas of commercial litigation and mediation’.

‘We do need to make the judiciary more diverse and more representative, but the way to do that is not to keep down the retirement age to such a low level that able people are needlessly lost to judicial service,’ Neill added.

Liberal Democrat MP Christine Jardine, however, raised concerns the change ‘could have a negative impact on the diversity of the judiciary, which at the moment is dominated by older, white men’, as did Labour’s Matt Rodda, who asked the government to provide further details on how it would ensure the increase did not ‘make it more difficult to increase diversity in our legal system’.

Simon Clarke, the chief secretary to the Treasury, said that the government’s modelling suggested raising the retirement age would ‘retain about 400 judges and 2,000 magistrates per year’.