Lord Justice Jackson heard directly from clients yesterday in the first active day of his review of fixed recoverable costs.

The Gazette attended a meeting held by the appeal court judge to hear what people who had used the system as claimants had to say about the costs of litigation and the potential effect of fixed costs. Earlier in the day he had hosted a similar meeting for defendants.

Many of those present had been involved in claims in areas where there is asymmetry between the resources of the defendant – often the state, a police authority or local authority – and the individual claimant. Several in-house lawyers from commercial organisations also contributed to the session.

Among those who had brought claims against the police – an area of law that was well represented at the meeting – there was a strong consensus for the need for qualified one-way costs shifting (QOCS) in this field.

Several claimants had successfully brought pre-Jackson claims that had led to significant changes in police policy. However, they said that had they faced an adverse costs risk - even at a fixed level of £5,000, if the version of QOCS used in environmental claims were to be followed - they would have been unable to bring the claims.

The point was made that many ordinary people simply do not have £5,000.

One police-action lawyer present noted that costs management is currently working satisfactorily in police claims, with courts recognising the non-monetary factors that can be taken into account when considering proportionality. Concerns were raised by another police-action lawyer that fixed costs could mean that this area of the law would no longer be viable for solicitors.

In relation to housing claims, one claimant explained how she had been unable to live in her home for three years due to her local authority’s repeated failure to repair extensive damage from a slow leak. She had been separated from her children during some of this period and had been temporarily housed in a drugs den. She won £38,000 in damages, with costs of £48,000. 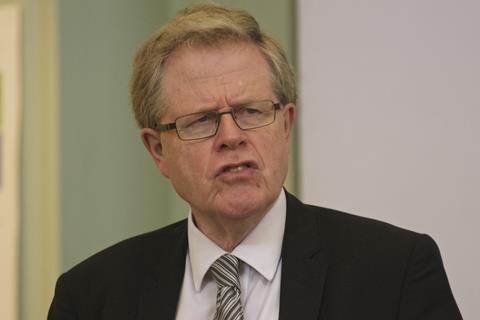 The claimant’s solicitor highlighted housing repair as a problematic area for fixed costs, with the cost of litigation varying widely depending on which local authority the action is against, and whether it has followed the protocols in place for housing claims.

On the commercial side, an in-house lawyer at a large consumer-facing company, which both brings and defends claims, warned that fixed costs could reduce the incentive for defendants to mediate.

The lawyer, who said her company receives a large number of nuisance claims, often involving McKenzie friends, said she was also concerned that fixed costs could produce a rise in unmeritorious claims. She noted that this was already occurring in claims under the small claims track, where there is no cost risk.

The in-house lawyer also warned of the potential commercial impact of fixed costs in volume debt recovery claims. ‘If we were limited on the amount of costs we could recover, we would have to think carefully about the amount of bad debt claims that we could bring,’ she said.

The event, held under the Chatham House rule, was organised by Practical Law and attended by around 15 clients, as well as a number of legal representatives.

Lord Justice Jackson is currently gathering evidence for his review into the potential extension of fixed costs for all civil claims worth up to £250,000. Written submissions should be sent to fixed.costs@judiciary.gsi.gov.uk by Monday 23 January.