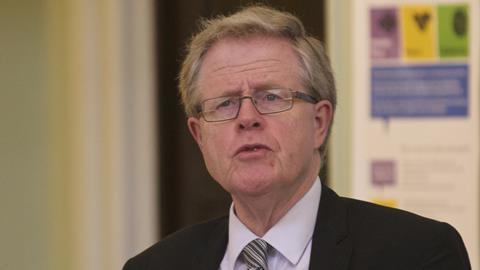 Lord Justice Jackson is to lead a new review of fixed recoverable costs, HM Judiciary announced today. Commissioned by the lord chief justice and master of the rolls, the review will take forward the government’s commitment – outlined in September – to a new costs regime.

Jackson has been a prominent advocate of a blanket extension of fixed costs and has previously argued for them to apply to all civil claims worth up to £250,000.

Jackson, whose last costs reform proposals were largely adopted in April 2013, will formally begin the review in January but will ask for submissions immediately, with the process complete by 31 July 2017.

‘Although the momentum is heavily for reform, the review will provide ample opportunity for comments and submissions on the form and scope that reform should take,’ said Jackson.

‘I am inviting the views of practitioners, users of the civil courts and any other interested parties on these points. Seminars will be held in London and elsewhere to discuss the issues. There is a great deal to be done on the detail of the review, which will inform the government as it prepares proposals for formal consultation in due course.’

The terms of reference state that proposals will ensure the costs of going to court are ‘more certain, transparent and proportionate for litigants’.

It will consider the types and areas of litigation in which such costs should be extended, and the value of claims to which such a regime should apply.

Jackson has invited written evidence or submissions to assist the review by Monday 16 January 2017, to be sent to: fixed.costs@judiciary.gsi.gov.uk.

Law Society president Robert Bourns gave a cautious welcome to the review announcement: 'We had a strong indication earlier in the year that ministers were looking to expand the areas of civil litigation where fixed recoverable costs apply – this was referred to in the Transforming Our Justice System proposals unveiled in September.

'We do not oppose the principle of fixed costs for straightforward, low value claims as they can provide some certainty for both sides in litigation and avoid protracted disputes about the level of costs.

'But we have previously expressed concern at suggestions that costs should be fixed for all claims up to £250,000 - a tenfold increase on the current limit for many claims subject to a fixed cost regime. Cases at this level of compensation include situations where people have been very seriously harmed and where the application of fixed costs would be totally inappropriate. It would also raise significant questions about people’s ability to access justice.

'Such a one size fits all approach for all cases, regardless of complexity, will simply make many cases economically unviable, undermining the principle of justice delivering fairness for all.'

Nigel Teasdale, president of the Forum of insurance Lawyers (FOIL), said: 'FOIL welcomes long-anticipated progress in the widening of fixed costs, with the launch of the review a first important step towards a positive outcome for the industry. It is very encouraging to see the determination for an extension, not only for clinical negligence and personal injury claims but across the civil justice system, and Lord Justice Jackson is absolutely the best-placed person to lead this review.'