A High Court judge has expressed 'astonishment' at a costs estimate of £74,000 for a one-day hearing dealing with an application in an inheritance dispute.

In Weisz v Weisz & Ors, Mr Justice Francis was hearing an application for interim provision pursuant to section 5 of the Inheritance (Provision for Family and Dependents) Act 1975. The judgment was handed down in October but published this week.

The hearing was listed for two hours but ended up lasting a day. Francis J said: 'I should say, so that counsel are aware, that in most of these cases where the time estimate is obviously hopeless, it is very likely that they will be sent out without having been heard, however urgent the case may be, unless of course it is urgent in the sense of relating to the welfare of, or danger to, a child. However, we have been lucky today in that one of the cases that was listed was not effective.' 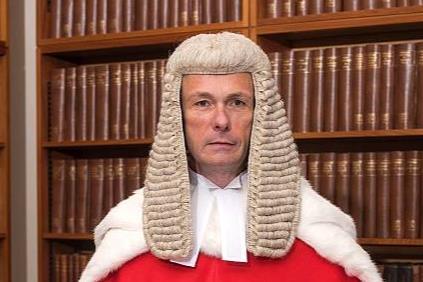 Francis J expressed concern, 'if not astonishment', at the level of costs for the application.

'The claimant's costs - and this is just for today and not the claim overall – are just over £18,000. The costs of the third and fourth defendants, who are two of the children of the deceased, are £37,880. Remarkably, I am told that the executors of the estate do not even know what their costs of today are, and I should say that if any of the lawyers in this court appear in front of me again not knowing what their costs are for the application in front of me, I will have a lot more to say about it than I have done today,' he said.

‘But, if I take the executors' costs as being the same as the claimant's (and I note that the claimant has instructed - I hope I can say this without any disrespect - much less expensive solicitors than the third and fourth defendants), then that means that the overall costs of today are in the order of £74,000.’

Set in the context of the total amount being claimed by the claimant – a £75,000 lump sum and £8,511 a month, ‘it cannot be proportionate for so much money to be spent on this issue and it is very sad indeed that the parties have been unable to settle today's application’, Francis J said.

The judge stressed that he was not criticizing anyone in particular, but hoped the parties reflected on the fact that ‘if this were a commercial deal rather than a family row, they would not have spent this amount of money on this litigation because it would not be commercially sensible to do so, and the only way they are going to settle this litigation - whether it be next week or some time next year - rather than fight the case, the only way they are going to do so is by standing back and taking a commercial view, on advice’.