As the Labour conference kicks off today, the party has pledged to provide free legal training for 200 social welfare lawyers and create a new network of law centres to help ‘hard-hit’ communities defend their rights and secure justice.

Costed plans are due to be unveiled by the shadow justice secretary, Richard Burgon MP, at the party’s conference in Brighton tomorrow. 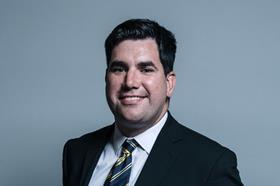 On community lawyers, Labour says it will provide £18m to fund 200 posts based in specialist social welfare agencies such as law centres or other legal aid providers. The party says it will help to build on the success of initiatives already under way, such as the Legal Education Foundation’s Justice First Fellowship scheme.

Another £20m will go towards a network of ‘people’s law centres’. Labour says it has been working on a blueprint for the future of law centres which will be published soon. The blueprint will outline plans for securing existing law centres and boosting their provision with extra staff. New law centres will be set up, including special units based in the ‘heart’ of the community, such as food banks or health clinics.

Burgon said: ‘When people lack the money or the knowledge to enforce their rights, those rights are not worth the paper they are written on. We will put an end to that and ensure that justice serves the people, not just a privileged few. With a new generation of community lawyers and people’s law centres, we’ll help those targeted by the Conservatives’ cuts to fight back, defend their hard-won rights and secure the justice they deserve.’