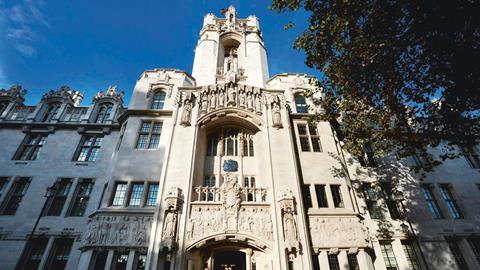 Liability for secondary victims in clinical negligence claims is likely to be considered by the Supreme Court, after the Court of Appeal ruled that ‘no claim can be brought in respect of psychiatric injury caused by a separate horrific event removed in time from the original negligence’.

Sir Geoffrey Vos, the master of the rolls, said that the elements required to establish legal proximity in secondary victim cases ‘apply as much to clinical negligence cases as they do to accident cases’.

‘For a secondary victim to be sufficiently proximate to claim for psychiatric injury against the defendant whose clinical negligence caused the primary victim injury, the horrific event cannot be a separate event removed in time from the negligence,’ Vos ruled.

Both Vos and Lord Justice Underhill indicated that the ‘important issues’ raised in three linked appeals should be considered by the Supreme Court, which would be asked to disapprove a previous Court of Appeal ruling on liability for secondary victims.

In Paul and others v The Royal Wolverhampton NHS Trust and others, the court was asked to determine the circumstances in which a defendant to a clinical negligence claim can be held liable for psychiatric injury caused to a close relative of the primary victim of that negligence.

The three cases all concerned claims where the defendant was alleged to have failed to diagnose the primary victim’s life-threatening condition and their subsequent traumatic death was said to have caused psychiatric injury to their close relatives.

The five elements required to establish legal proximity in secondary victim cases – set out in 1991 by the House of Lords in Alcock v South Yorkshire Police, a claim for psychiatric injury caused to friends and relations of those killed and injured in the Hillsborough disaster – apply as much to clinical negligence cases as they do to accident cases, Vos said.

The Court of Appeal’s 2013 decision in Crystal Taylor v A. Novo (UK) Ltd ‘is binding authority for the proposition that no claim can be brought in respect of psychiatric injury caused by a separate horrific event removed in time from the original negligence, accident or a first horrific event’, he added.

Vos accepted that ‘there is no logical reason for these rules’, adding: ‘If I were starting with a clean sheet, I can quite see why secondary victims in these cases ought to be seen to be sufficiently proximate to the defendants to be allowed to recover damages for their psychiatric injury.’

However, he concluded that ‘it is for the Supreme Court to decide whether to depart from the law’ as stated by Lord Dyson in Novo.