The Law Society marked a week of significant developments in the process of the UK leaving the EU by urging the government against a ‘scorched earth policy’.

The Society’s call for a strong transition agreement giving legal certainty came as the European Commission taskforce responsible for Brexit presented a 118-page draft agreement on the UK’s withdrawal and the European Union (Withdrawal) Bill began its committee stage in the House of Lords. 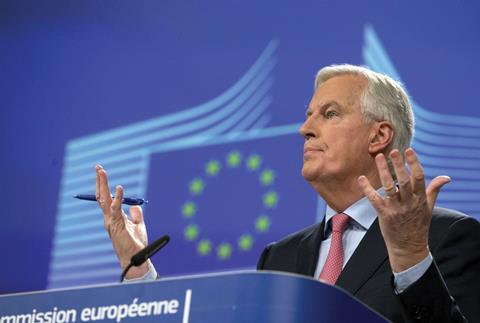 The bill aims to repeal the European Communities Act 1972 and incorporate EU law into UK law on the day the UK leaves the EU. It also aims to create temporary powers – so called Henry VIII powers – to make secondary legislation once the UK has left. A record 187 peers took part in the debate.

The Law Society said that leaving the EU without a period of transition would damage the UK economy and the rights of its citizens, saying a customs union would be only part of the answer. ‘Now we are leaving we need an interim agreement – and a final deal,’ president Joe Egan said.

In another development, the chair of Brexit group Lawyers for Britain challenged a call by constitutional expert Professor Vernon Bogdanor for a codified constitution to replace the EU Charter of Fundamental Rights. In a report for the Constitution Society, Bogdanor, professor of government at King’s College, London, said that Brexit is a unique example of a state moving from a ‘codified and protected constitutional system to an uncodified and unprotected one’. This would leave a gap in human rights protection, he said.

However retired Court of Appeal judge Richard Aikens said that reliance on a sovereign parliament was the democratic way: ‘I’m happy with that, I would prefer it to being dependent on judges either here or in a sovereign Europe.’