Deep divisions have emerged within the profession on new measures to enable police access to digital devices in criminal cases.

The National Police Chiefs Council and Crown Prosecution Service are introducing standardised consent forms for allowing access to phones and other devices, because of what they describe as inconsistencies in the current approach to explaining why a complainant or witness’s digital device has to be seized.

The form states that only reasonable lines of enquiry will be pursued to avoid unnecessary intrusion. Individuals who refuse consent will be given an opportunity to explain why, and told this could prevent the continuation of an investigation or prosecution.

The Centre for Women’s Justice, founded by solicitor Harriet Wistrich, is working with Big Brother Watch, a civil liberties and privacy group, in a legal challenge to the form. The centre claims the forms will primarily apply to victims of rape, sexual assault and domestic abuse, and that the policy violates the Data Protection Act 2018 and article 8 rights to privacy.

Wistrich said: ‘Most complainants fully understand why disclosure of communications with the defendant is fair and reasonable, but what is not clear is why their past history (including sexual history) should be up for grabs.’

Labour MP Harriet Harman, a solicitor and chair of the joint committee on human rights, told MPs she had been emailed by a young woman who was sexually assaulted by a stranger. Two months after the assault, the woman told Harman, police demanded access to her phone, including social media passwords, photos stretching back to 2011, notes, texts and emails, and a full history of 128 WhatsApp groups. The woman told Harman she felt she was the one on trial. 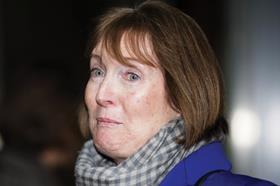 Harriet Harman: emailed by woman who had been sexually assaulted yet felt she was on trial

Chris Topping, head of actions against public authorities at Liverpool and Manchester firm Broudie Jackson Canter, said the forms ‘appear to be far too widely drafted and potentially give information to the perpetrator which they should never have’.

However London firm BCL Solicitors criminal law specialists Paul Morris and David Hardstaff pointed out that rape and other sexual offences are some of the most difficult cases to investigate, adjudicate and defend. ‘In cases where there can often be so little evidence in addition to the word of the complainant pointing either to the guilt or innocence of a defendant, it is incumbent on investigators to consider every potentially relevant line of enquiry,’ they said.

The Crown Prosecution Service said mobile phone data, or social media activity, would be considered by the police only when relevant. The Youth Justice and Criminal Evidence Act 1999 provides safeguards against complainants being cross-examined on irrelevant sexual history.

Chief constable Nick Ephgrave, the National Police Chiefs Council’s lead for criminal justice, told journalists that senior officers are ‘listening to those who think it’s too heavy-handed, restrictive or putting people off reporting crime’, and that the forms will be kept under review.