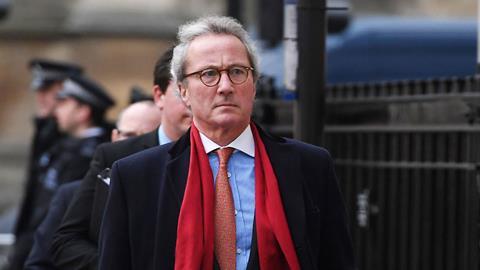 Justice minister Lord Keen of Elie (Richard Keen QC) has sought to quell fears that plans for a so-called ‘super-exam’ will limit the education of prospective solicitors.

In a House of Lords debate yesterday on professional qualifications, the minister was asked whether he was aware of the ‘widespread concern’ that Solicitors Regulation Authority proposals for a solicitors qualifying examination would mean universities teach solely for the exam.

Lord Low of Dalston (former law lecturer Colin Low) suggested that the new examination, subject to a consultation which closed in January, could be ‘potentially constraining’ to the breadth of the curriculum that can be taught, ‘stifling innovation’ in curriculum development.

Lord Keen stressed it would be for the SRA to decide to proceed with the super-exam and the Legal Services Board to determine whether to approve it.

He said: ‘We do not believe that if these proposals were taken forward it would have such a stultifying effect upon the university law schools.

‘I observe that there are currently 110 qualifying law degree providers, 40 providers of the graduate diploma in law and 26 providers of the legal practice course, and no consistency of examination at the point of qualification.’

The minister stressed that people do not study at a university merely to pass a professional exam, and they will continue to broaden their understanding of the law in general.

‘For example, the study of jurisprudence may not be regarded as absolutely essential to passing examinations set by the SRA, but nevertheless it is appropriate for anyone expecting to pursue a career in law,’ he added.

The debate widened to a discussion on legal services regulation itself. Crossbencher Baroness Deech (former chair of the Bar Standards Board Ruth Deech) criticised the LSB for a ‘distinct lack of guidance’ and suggested it had failed to produce any of the reforms and improvements promised when it was formed.

Lord Keen said the government ‘does not consider there is a need for a further review’ of the LSB’s position at present.

The SRA faced a barrage of criticism last year with its initial consultation on a central exam. Fresh proposals would see all prospective solicitors take a set two-part exam to ensure qualification.

According to the SRA, the exam will ensure qualification standards are rigorous, fair, transparent and consistent, but opposition has come from City solicitors, universities and representative bodies.