The High Court has ordered the Ministry of Justice to conduct another public consultation on the Criminal Injuries Compensation Scheme, in a judgment that could have significant implications for the government’s decision-making process.

In Kim Mitchell v Secretary of State for Justice, Mrs Justice Lang DBE ruled that the justice secretary acted in breach of the claimant’s legitimate expectation that he would carry out a lawful consultation on potential changes to the Criminal Injuries Compensation Scheme, including the revision of an exclusionary rule recommended by the Independent Inquiry into Child Sexual Abuse.

The challenge was brought by Kim Mitchell, a victim of child sexual abuse. The judgment states that Mitchell, who was represented by the Centre for Women’s Justice, waived her right to anonymity.

Mitchell’s application in October 2017 for compensation from the Criminal Injuries Compensation Authority, an executive agency of the Ministry of Justice, was refused due to an unspent conviction.

The government stated in its 2018 Victims Strategy that, to improve access to compensation, it would abolish the rule which denied compensation for some victims who lived with their attacker prior to 1979 and 'consult on further changes to the scheme', including exploring the inquiry's recommendations. However, a consultation paper published last year stated that ‘after careful consideration’ the government could not commit to changing the exclusionary rule. 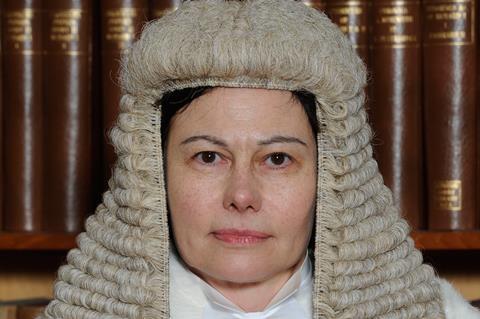 Mrs Justice Lang said people would have understood from the Victims Strategy that 'the defendant was promising that there would be a public consultation on further changes to the scheme, including the inquiry's recommendation to revise the exclusionary rule'.

She said: 'In my view, they would not have reasonably understood the key paragraph to mean that the consultation on the inquiry's recommendation to revise the exclusionary rule would only take place if the defendant was in favour of a revision because there are no words which qualify the promise in that way, either expressly or impliedly. They would reasonably have understood the word "consultation" to mean that they would be given an opportunity to express their views on the inquiry's recommendation, and that the defendant would take their views into account before making his final decision as to whether the rule should be revised.

'In my judgment, this representation was clear, unambiguous and devoid of relevant qualification. It was therefore sufficient to found a legitimate expectation.'

CWJ solicitor Debaleena Dasgupta. who represented Mitchell, said: 'If it was not for Ms Mitchell's determination and willingness to hold the justice secretary to his promise, this consultation would not be going ahead. Too often the government makes public statements which imply they will address concerns, but then take decisions behind closed doors which don't.'

A government spokesperson said: 'We have noted this judgment and will consider our next steps.'