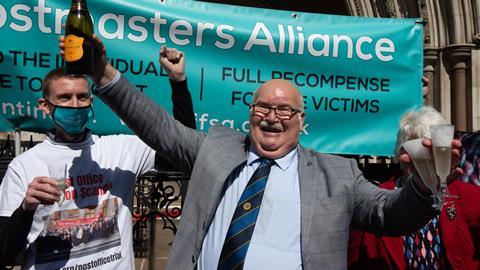 New call for lawyers to be probed in Post Office inquiry

The role of lawyers in wrongful prosecutions by the Post Office must be scrutinised in the inquiry into the Horizon scandal, legal academics have urged.

There are concerns that legal work on civil and criminal cases brought against sub-postmasters and mistresses will not be part of the inquiry chaired by Sir Wyn Williams, which will begin preliminary hearings later this month.

Issues around disclosure and the legal advice provided by in-house lawyers were key elements of the Court of Appeal judgment earlier this year where the convictions of 39 individuals were quashed, as well as the Bates judgments where Mr Justice Fraser expressed concern about the lack of co-operation making litigation more difficult.

In a joint submission to the inquiry, academics Richard Moorhead, Karen Nokes and Rebecca Helm said the role of legal advice and conduct of the litigation are fundamental to an understanding of the harms arising from the Post Office’s use of the Horizon computer system.

They said the High Court and Court of Appeal had raised issues where legal work had played a central role, and any failure to consider this would ‘severely limit’ the capacity of the inquiry to get to the truth of what happened.

They added: ‘Horizon is about software failings certainly, but it also clearly raises management failings and legal failings. Harms directly arose from the way legal work was managed and conducted: people were threatened, sued, fired, and prosecuted via legal work. Denials, non-disclosure, and delay were enabled, at least in part, by legal work.’

The submission outlined how concerns - in some cases raised years before the convictions were overturned - were resisted at the time by Post Office managers with the assistance of its lawyers, over a considerable period.

The academics said that existing staff within the Post Office in-house team would ‘almost certainly’ have had some responsibility for strategy, oversight or conduct of civil litigation.

‘It is critical to examine and understand the relationship between POL and the lawyers in this case if the Inquiry is to reduce similar organisational failings in the future.’

The inquiry team is currently undertaking preliminary work before starting on substantive issues, and formulating a provisional list of issues to be explored. Oral hearings will be held early next year, with the inquiry submitting its findings to the business secretary next autumn.

Moorhead and Helm are both with the University of Exeter’s school of law, while Noles is from the UCL’s faculty of laws. Before making their submission, they consulted with an advisory group and held a seminar with general counsel and other experienced professionals.

Pictured above: Tom Hedges celebrates outside the Royal Courts of Justice after his conviction was quashed