Justice campaigners have joined forces to set up a clinic providing free legal advice and assistance to help ensure victims of the ‘Windrush’ scandal are properly compensated by the Home Office.

The Home Office established the Windrush Compensation Scheme in April 2019. Data published last month shows that the scheme has received 1,531 claims and paid out 168 claims. The scheme will close in April 2023.

However, those behind the new Windrush Justice Clinic say more than 12,000 people have received documentation from the Home Office confirming they are living in the UK legally. They say £1.3m has been distributed from a compensation scheme the government expected might have to pay out between £200m and £500m.

The Home Office says the scheme has been designed ‘so that people should not need lawyers to make a claim’. However, applicants are required to complete an 18-page form. Guidance on the claim form runs to 45 pages. The rules are set out in a 46-page document.

Solicitor Gifty Edila said: ‘The form itself is causing a lot of problems. People are intimidated, put off, cannot understand it. To add to the complexity, detailed evidence is required.’ 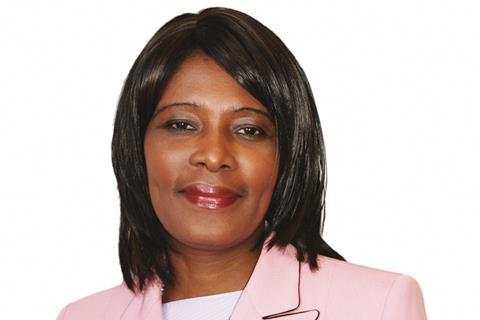 Anna Steiner, supervising solicitor at the University of Westminster legal advice clinic, said: ‘People have already been through a terrible experience and already had difficulty proving their British citizenship. Then they have to go through a process where they are having to produce further documentary evidence to demonstrate the suffering they have been subjected to.’

Holly Stow, a senior caseworker at North Kensington Law Centre, said one of her clients - a woman who arrived in the UK in the 1960s when she was three months old - was initially offered £22,000. She approached the law centre, who calculated that the offer should be higher. Following a ‘tier 1’ internal Home Office review, the client received a revised offer of just under £80,000.

Steiner said that many people have been affected by the Windrush scandal but are reluctant to ask for help. ‘This scheme is administered by the government – it is the government, the Home Office which has subjected people to hardship and suffering. Hopefully by providing something independent and free people will feel more confident [to ask for help].’

The clinic will initially be piloted in London for four months but it is hoped it will be rolled out nationally. The service will be provided through the university law clinics’ websites and phonelines, starting on 2 November, though enquiries will be accepted before then.

Those behind the clinic are also fundraising for a centralised website, phoneline and staff. The clinic will be officially launched at an event next Tuesday.