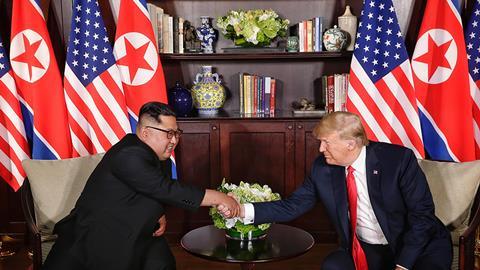 Euphoria over rapprochement between North Korea and the US should not be allowed to deflect revulsion at the Pyongyang regime’s record on human rights, the world’s largest body of legal professionals warns today.

The International Bar Association said that there is no reason to think that abuses have abated since it reported last year on crimes against humanity in North Korean prisons.

That legal opinion, by present and past chairs of the IBA’s war crimes committee, found reasonable grounds to suspect that 10 out of the 11 crimes against humanity set out in the Rome Statute establishing the International Criminal Court were being violated in the Democratic People’s Republic of Korea. These were: murder; extermination; enslavement; forcible transfer; imprisonment; torture; sexual violence; persecution; enforced disappearances; and other inhumane acts.

Of the 11 enumerated crimes against humanity only apartheid was deemed inapplicable under the facts presented.

The IBA stressed that the 2017 legal opinion covers only crimes committed in political prisons - a subset of all abuses in North Korea.

The opinion calls on the international community to vest in the International Criminal Court or a special international tribunal the power to investigate crimes against humanity committed in North Korea’s political prisons, and to hold culpable parties accountable. These include ‘Supreme Leader’ Kim Jong-un, members of the Workers’ Party of Korea and its Politburo, internal security officials and prison guards.

It also calls on North Korea to dismantle its gulag system and release the estimated 80,000–130,000 political prisoners.

Michael Maya, director of the International Bar Association North America office, said: 'You will be hard-pressed to find any North Korea expert who will tell you that the abuses chronicled in the Inquiry report have abated since it was published. Satellite imagery proves that the camps are still operating.

'Further, if there was some major shift in Kim Jong-Un’s policy toward the prison camps or the prisoners held therein, it would likely have leaked by now – or perhaps Kim Jong-Un might have even touted the shift for political gain in the run-up to the Singapore summit.’