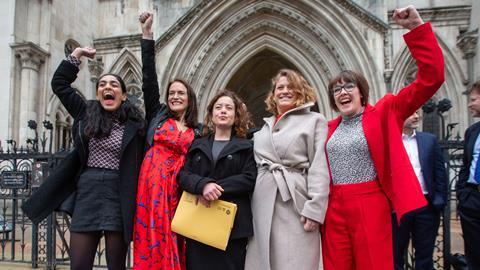 The Metropolitan Police unlawfully failed to consider whether the right to protest provided a ‘reasonable excuse’ under coronavirus restrictions to organise a vigil for murder victim Sarah Everard, the High Court ruled today.

Reclaim These Streets attempted to organise the event after the 33-year-old went missing in south London last March, but were told by the Met that they could be fined up to £10,000 or even prosecuted under the Serious Crime Act 2007 if they did so.

Four women who founded the group argued the force unlawfully ‘vetoed’ the vigil on the basis of a misunderstanding of the law, which represented a ‘significant interference’ with their rights to freedom of expression and assembly under Articles 10 and 11 ECHR.

The High Court ruled that six decisions made by the Met before the planned vigil were unlawful, as the force failed to consider that someone organising or attending a gathering would have a reasonable excuse if they were lawfully exercising their Article 10 and 11 rights.

Lord Justice Warby said that, at a meeting with the organisers, two senior officers ‘proceeded on the mistaken footing that a breach of the restriction on holding a relevant gathering would be illegal, because it would be an offence’, as a result of ‘misleading’ guidance from the College of Policing.

The guidance wrongly stated that there was no exception for protest and failed to reflect the principles set out by the Supreme Court in the landmark protest case of Ziegler and the Court of Appeal in a challenge to Covid-19 restrictions in Dolan, Warby held.

The judge also said pre-action correspondence, which stated that gathering for a protest did not ‘constitute a reasonable excuse’, revealed the Met’s ‘continued misunderstanding of the law’. He added that a press release published by the Met the evening before the vigil was planned, shortly after Mr Justice Holgate delivered an ex tempore ruling refusing to grant interim relief, showed the Met was ‘still following an unlawful approach’. Warby said the press release also ‘failed accurately to reflect the law as stated in [Holgate’s] judgment’.

In a short concurring judgment, Holgate said the Met’s decisions ahead of the interim relief hearing before him last year ‘had a chilling effect on the claimants in relation to the exercise of their Article 10 and 11 rights’.

‘Once it had been established during that hearing that the principles in Dolan and Ziegler applied and that a case-specific proportionality assessment by the [Met] was a legal requirement, it was plainly incumbent on the police to engage with the organisers in exploring precautionary measures, to see whether the event could go ahead in some appropriate form.

‘Instead, the contemporaneous documents show that the [Met] focused on issuing their press release, which did nothing to reverse the chilling effect of their earlier stance, and on reiterating that they could not give assurances regarding enforcement.’

Reclaim These Streets said in a statement: ‘Last March, women’s voices were silenced. Today’s judgment conclusively shows that the police were wrong to silence us.’

Met assistant commissioner Louisa Rolfe said the force is considering whether to seek permission to appeal. ‘The Met is mindful that this judgment has potential implications in other circumstances for how a proportionality assessment is to be carried out when considering enforcement action,’ she said. ‘This may apply beyond policing the pandemic.’