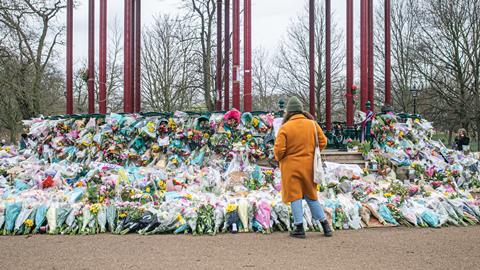 The Metropolitan Police unlawfully ‘vetoed’ a planned vigil following the murder of Sarah Everard on the basis of an unlawful policy that all gatherings for protests were illegal, the High Court heard today.

Four women who attempted to organise the event last March claim the Met’s actions, which included telling them they could be fined up to £10,000 or even prosecuted under the Serious Crime Act 2007, were a ‘significant interference’ with their rights to freedom of expression and assembly.

They say that ‘despite a positive initial response from local officers, the vigil was effectively vetoed by central authorities’ at the Met and are seeking a declaration that their rights under Articles 10 and 11 ECHR were breached, as well as damages of £7,500 which will be donated to charity.

Tom Hickman QC said the Met made clear to the claimants that the vigil was ‘prohibited by law and should not be going ahead’ and that the police ‘would offer no assistance and indeed discouraged and warned my clients not to organise such an event’.

‘In those circumstances, the claimants as law-abiding citizens had no realistic option but to stop organising the vigil and for themselves to encourage people not to attend,’ Hickman told the court.

In written submissions, Hickman argued that the Met had ‘an established policy and/or practice that gatherings were prohibited and that there was no exception for protest’, which was unlawful in light of a 2020 Court of Appeal ruling on a challenge to Covid-19 regulations.

He added that ‘it was incumbent on the police to reach a rational and informed view as to whether the organisers of a protest could claim to have a reasonable excuse’, which the Met failed to do.

Monica Carss-Frisk QC, for the Met, said in written submissions that the claimants’ argument that there had been a breach of Articles 10 and 11 is ‘unsustainable’.

She added: ‘There is no dispute that a gathering of two or more persons would have been in breach of the [coronavirus] regulations, and that the regulations provided no relevant exception.’