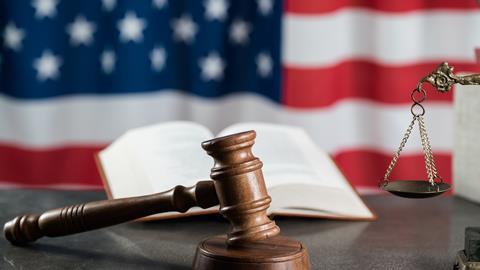 A major survey of lawyers in the US has uncovered the appearance of widespread gender and racial bias in the legal profession.

The study said that discrimination affects hiring, promotion, assignments and pay in the legal sector. Prepared and written for the American Bar Association’s Commission on Women and the Minority Corporate Counsel Association, the report appears to suggest implicit gender and racial bias plays out regularly in legal offices and affects basic workplace processes.

Based on responses from more than 2,800 lawyers, the survey found:

‘This study confirms what many of us have known about the legal profession for some time, that women, especially women of colour, face a lot of barriers to success and aren’t measured as equals by their employers and peers,’ said MCCA chief executive Jean Lee. ‘We need to take a different approach to diversity issues and use the findings of this study and metrics from across the industry to drive meaningful solutions to combat workplace discrimination in the legal field.’

The survey also highlighted bias felt across the board against new parents. At least half of the women polled said they were treated worse after having children by being given low-quality assignments, passed over for promotions, demoted or paid. At least two-fifths of all male lawyers in the survey reported similar experiences.

The unconscious bias reported in the US would appear to mirror the situation in England and Wales. This year, women accounted for just 30% of law firm partners despite making up half of solicitors, with gender pay gap reports exposing significant pay differences between men and women in the legal profession. SRA research has also found that white men dominate law firm partnerships and are nearly six times more likely to become a law firm partner than black, Asian and minority ethnic women.