The Law Society is today marking International Women's Day by releasing the findings of the largest international survey conducted on women in law. It finds that men are much more likely than women to believe that progress has been made towards gender equality - and 'unconscious bias' remains an issue. 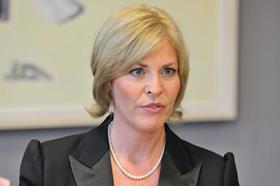 Chancery Lane received nearly 8,000 responses to its survey. Christina Blacklaws, Society vice-president, said: 'As women solicitors practising in England and Wales outnumber men for the first time in history, people working in law across the world have spoken out about the challenges the profession faces in achieving gender equality.'

According to the findings, three-quarters of men (74%) thought there had been progress on gender equality in the past five years - however fewer than half of women (48%) agreed. Unconscious bias was the most commonly perceived barrier to career progression; one in 10 respondents said unconscious bias training is consistently carried out in their organisation. Nearly half (49%) of respondents said an unacceptable work/life balance was demanded to reach senior levels. Six in 10 are aware of a gender pay gap at their firm; only 16% see visible steps' taken to close the gap.

Women in leadership will one of the key themes of Blacklaws presidency when she takes up the post in July.

She said: 'I am a passionate believer in equality. Where there is inequality, I will not flinch from tackling it. I know I'm not alone in this - justice, fairness and the rule of law are what drew most of us to the legal profession. While more and more women are becoming lawyers, this shift is not yet reflected at more senior levels in the profession. Our survey and a wider programme of work during my presidency in 2018-19 seek to understand progress, barriers and support remedies.'