Lord chancellor Dominic Raab has insisted that the government's human rights and judicial review reforms will not seek to take any shortcuts with parliamentary scrutiny.

Appearing before the Joint Committee on Human Rights yesterday, Dominic Raab was asked about a Sunday Telegraph interview he gave in October, where he revealed that he is devising a ‘mechanism’ to allow the government to introduce ad hoc legislation that would ‘correct’ court judgments that ministers believe are incorrect.

Committee chair Harriet Harman MP pointed out that parliament can already change the law by enacting legislation, which the courts must then apply. ‘So what is this mechanism?’ she asked.

Raab replied: ‘I’ve said you’ve got two options really. You just say that parliament brings forward any legislation it wants to correct any piece of case law that it doesn’t like at any particular point and that’s what the constitution says. A number of judges have said “of course, that’s what parliament is there for”. And there’s a separate question – and it’s a moot point at this stage – whether or not there’s a mechanism to allow that to be done in a specific or special way. 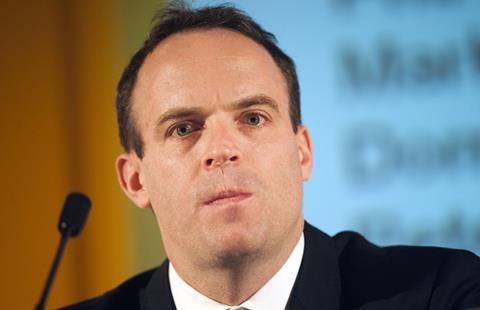 ‘But let’s be very clear about it. You would want to make sure you retained all of the due scrutiny you get. I’ve talked about the options for it. But let me reassure you, we would not be talking about taking any shortcuts with due parliamentary scrutiny. I know exactly where that’s going.’

The lord chancellor remained tight-lipped on the government’s response to the independent review on the Human Rights Act, and whether that will include a British Bill of Rights, but promised he would consult on any proposals.