Wide-ranging experiences of lawyers, judges, court staff and members of the public involved in remote hearings have been revealed in a detailed evaluation that is expected to inform HM Courts & Tribunals Service's future approach to video and audio technology.

The evaluation, conducted by IFF Research and HMCTS researchers, covered the experiences of legal professionals, judges, court staff and the public between May and October last year. The 95-page report was published last Friday.

Judges felt more pressured and tired. Magistrates felt less confident about decision-making when the legal adviser was not in the same room. Lawyers said working from home made managing the boundaries between work and home more challenging ‘as there was increasing pressure to respond to emails out of working hours’. 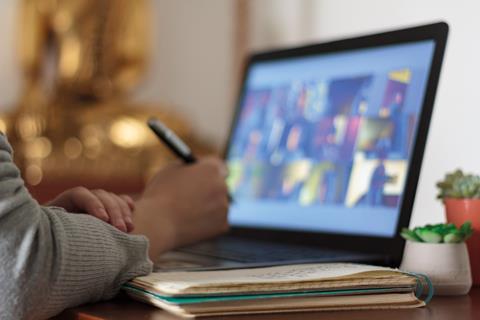 On pre-hearing information and HMCTS guidance, around half of legal representatives were not satisfied with the opportunity to test the platform in advance and being kept informed about delays.

One family lawyer said: ‘We are often sent links less than an hour before the hearing. For lay clients and those not used to doing it, it’s very difficult. I tell clients in advance that they may not get the link to hearing until the morning of hearing… clients can be stressed.’

Pre-hearing communication was challenging for lawyers with clients in custody, as they relied on the client being provided with a phone or being brought to a booth, and then for a connection to be made. One lawyer said: ‘It can be quite difficult on the phone. Hard to take instructions especially if the sound isn’t good and you are trying to advise them whether to plead guilty or not.’

Lawyers also found it difficult to establish who the prosecutor was ahead of a remote hearing.

Law Society president I. Stephanie Boyce said remote hearings had been an 'invaluable tool' in keeping the justice system operating but the evaluation 'reflects concerns we have raised that in some scenarios they are unsuitable and can have a serious impact on access to justice and may not be suitable for vulnerable people'.

It was 'particularly concerning to see that around three in five judicial respondents and just over half of legal representatives responding to HMCTS felt that remote hearings impacted their health and wellbeing, given that we know legal professionals are overstretched and under immense pressure,' she added.

Penelope Gibbs, director of Transform Justice, said: ‘Perhaps deliberately, the report does not present many comparative statistics, but where they do, judges and users of criminal courts seem to be far more negative than others. The greatest omission from the report is any evaluation of remote links on judicial outcomes. If remote leads to more convictions and more punitive sentences, it is prejudicial to justice.’