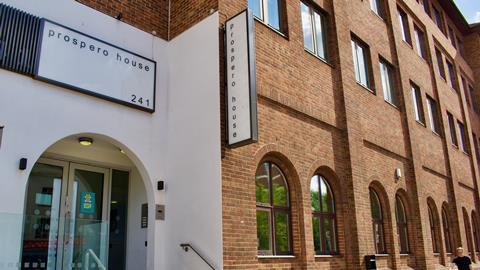 HM Courts & Tribunals Service says its Nightingale courts have robust security measures after a national newspaper said one of its reporters was repeatedly allowed into the building without going through security.

Yesterday the Daily Mail reported that members of the public were able to enter the makeshift courtrooms at Prospero House in London without any security checks. Security searches were carried out on visitors when they first arrived, but they were later waved through without their bags being checked.

The Daily Mail also said that the court does not operate X-ray scans in the same way as other courts and a reporter was repeatedly allowed into Court Number One from the street without going through security.

A HMCTS spokesperson said: ‘Our Nightingale courts are subject to the same security measures as all other courts – meaning people literally cannot enter without robust security checks. While we cannot substantiate this allegation, we are working with our security providers to ensure that all court users remain fully protected.’

HMCTS said all court users are searched for prohibited items on entry, including any article that could be used as a weapon such as a pen knife or item made of glass. It added that the government is investing £142m to improve and modernise courts in England and Wales, including security measures.

Prospero House, in normal times an events venue, is one of 10 Nightingale courts set up to help alleviate pressure on the justice system as a result of Covid-19.