Airline Ryanair has come out fighting in the face of nascent legal action from flight delay solicitors who claim their clients have been harassed.

Claimant firm FairPlane has initiated proceedings against the airline after alleging that clients seeking compensation for delayed flights received letters directly from Ryanair.

FairPlane alleges that these letters make untrue statements about the claims company in an attempt to dissuade people from pursuing claims through it. The firm alleges these statements are defamatory and amount to harassment, while also resulting in unlawful interference by Ryanair within the terms of its retainer with its customers on the claims it has brought.

But the airline has rejected each of these allegations and states that it complies fully with EU legislation ensuring delayed passengers are compensated.

In a statement, Ryanair said it was fighting back against what it called ‘claims chaser’ firms charging consumers up to 50% of their compensation. 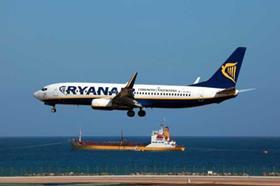 Relations between airlines and claims companies have grown more fractious in recent years, with a series of judgments establishing that passengers have greater rights to compensation when their journey has been delayed.

FairPlane says it first corresponded with Ryanair’s lawyers last year on the issue of it contacting clients directly, and the lack of response has prompted the letter before action.

Director David Morris said: ‘We are committed to providing affordable access to justice in these low value claims for our clients but can only do so if we operate efficiently and in a cost effective manner. Ryanair’s conduct appears to be aimed at disrupting the service we provide to our clients and discouraging them from being properly advised so as to be able to receive the maximum amount of compensation due to them.’

Luke Harrison, lead commercial litigation partner at Hertfordshire firm Debenhams Ottaway, which is acting for FairPlane, said his client’s business models faced disruption because defendants were attempting to stop the claim midway. There are common law rules which prevent this, particularly those relating to agreements in relation to the solicitors' costs for dealing with a claim against an airline,’ he said.