A Court of Appeal judge who has led efforts to make the judiciary more diverse is one of a handful of barristers to feature in the prime minister's resignation honours list.

Lady Justice Hallett, chair of the Judicial Diversity Committee of the Judges' Council, has been nominated for a crossbench peerage, as has Harold Carter CB, 10 Downing Street's general counsel and a bencher at Gray's Inn. 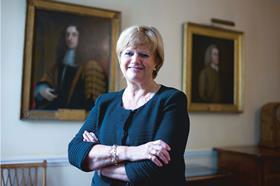 John Hendy QC, an honorary professor at University College London and chair of the Institute of Employment Rights, is one of three peerage nominations by Labour party leader Jeremy Corbyn.

Conservative MP David Lidington, a non-solicitor or barrister who was lord chancellor and justice secretary from June 2017 to January 2018, is nominated for a KCB for political and public service.

The prime minister's resignation honours are granted by the Queen at the request of an outgoing PM.