SRA obtains fresh order for Khan to deliver up files

High-profile solicitor Soophia Khan, who was released from prison two weeks ago, has been ordered once again to hand over client files to the Solicitors Regulation Authority.

Khan was jailed in January after being found liable for contempt for breaching High Court orders requiring her to deliver up client files to the regulator, which last year intervened into her Leicester practice, Sophie Khan & Co. Shortly before she was released, the SRA issued an application with the High Court fixing a new date for Khan to comply with requirements under an order made on 21 September.

In a remote hearing before Mr Justice Miles yesterday, barrister Philip Ahlquist, for the SRA, said all the reasons why the High Court made orders last September remain in place. The intervention was still in effect after being unsuccessfully challenged by Khan.

Barrister Mark James, for Khan, said the SRA was applying to vary an order ‘in which there has been a finding of contempt which by reason of conviction and serving of sentence has been spent’. 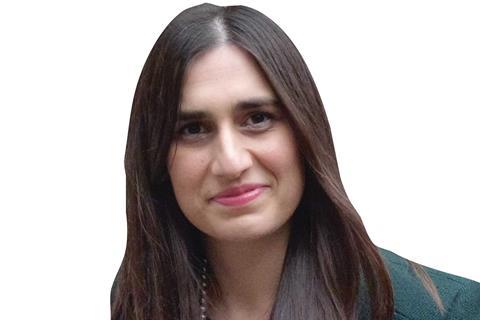 Questioning why the SRA still wanted the documents, James said the regulator’s assertion that it received requests from former clients was ‘wholly vague’. He told the judge that some clients did not want their files to be handed to the regulator.

The court heard there was a dispute about whether Khan was carrying out reserved activity while her practising certificate was suspended. ‘She emphatically denies it. I reiterate that today in this forum,’ James said. ‘She is entitled to carry out work for Just For Public Ltd [a charity that took over Sophie Khan & Co Ltd] as long as it’s not reserved legal activity. That can be work of an administrative nature.’

Delivering his ruling, Mr Justice Miles said he agreed with the regulator ‘that the question of whether the SRA should be given access to files is independent of the question of client consent, albeit that is a factor the court should no doubt weigh in the exercise of discretion’. He did not believe clients would suffer serious prejudice but a mechanism for resolving any disputes on whether any particular emails are listed items or not should be built into the order.

Khan was given until 4pm on Thursday 5 May to deliver the requested files.

She told the Gazette: ‘The SRA had made an application for a variation of time to comply with Mr Justice Miles' order of 21 September 2021, so I was not expecting the judge to make a fresh injunction against me, on the same terms as his previous order. There should have been a finality of this matter on 12 April 2022, but instead we are going round in circles. I feel that the court system has become hostile towards me and I'm not being treated fairly when I challenge the actions of the SRA.’

A few days after she was released from prison, the SRA announced it had referred Khan, a former chair of the Law Society's civil justice committee, to the Solicitors Disciplinary Tribunal over 11 allegations that are as yet unproven.