A barrister who revealed the result of the Supreme Court’s ruling on the expansion of Heathrow Airport the day before it was handed down has lost an appeal against a finding that he was in contempt of court.

Tim Crosland, an unregistered barrister and director of climate group Plan B Earth, was fined £5,000 and ordered to pay costs of £15,000 by three Supreme Court justices in May for breaking the embargo on the draft judgment.

He appealed against the finding of contempt in October, arguing that the Supreme Court wrongly disregarded his intentions and failed to act impartially.

However, a panel of five justices unanimously dismissed his appeal today. The court also held, by a 4-1 majority, that there is a right of appeal ‘from orders or decisions of the Supreme Court made in the exercise of its undoubted original contempt jurisdiction’. 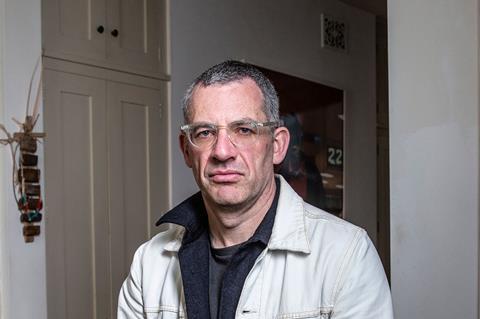 Crosland's appeal against a £5,000 fine for contempt of court has been unanimously dismissed

They said the exclusion of any right of appeal under section 13 of the Administration of Justice Act 1960 would have to be in express terms given the ‘potentially draconian consequences’ of a finding of contempt. They added: ‘We do not consider it to be a conceptual impossibility that there can be an appeal from one organ of the Supreme Court to another.’

However, all five justices agreed that Crosland’s appeal should be dismissed on the merits. Briggs said Crosland ‘was at all times aware’ that the draft judgment was provided to him under conditions of confidence. ‘Yet Mr Crosland chose to flout the order of the court and knew full well that in doing so he might be found to have acted in criminal contempt of court,’ Briggs added.

The court dismissed Crosland’s submissions that the finding of contempt, and the fine and order for costs, was an unlawful interference with his rights to free expression under Article 10 of the ECHR. ‘The interference here, such as it was, did not prevent Mr Crosland from expressing publicly his disagreement with the Heathrow judgment at any point after its hand down,’ Briggs said. ‘The embargo simply delayed the expression of his criticisms of the Heathrow appeal decision, and it did so for only a short period of time,’ he added.

The court also rejected Crosland’s arguments that the original panel was not impartial and that the order for costs was oppressive.

In a statement after the ruling, Crosland said he planned to appeal to the European Court of Human Rights.