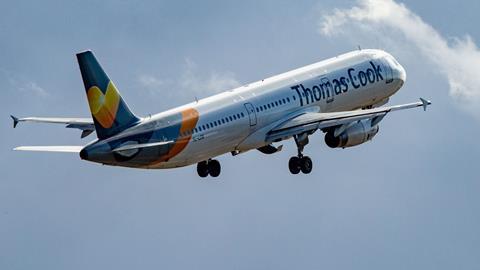 Holidaymakers with personal injury claims against the defunct Thomas Cook face a bleak prospect of recovering any compensation, it emerged today.

Claimants can expect to join a long queue of creditors owed money by the failed travel company after it was confirmed there was not even adequate insurance to cover the cost of their claims.

An update from the Insolvency Service suggests few funds will be available by the time it comes to paying damages to customers who made claims before the company folded in September.

The court has since appointed special managers to assist the official receiver with the liquidation, with different partners looking after the group’s airline and tour operator companies and its retail division.

It is not clear how many outstanding claims were yet to be resolved from customers who had a personal injury claim against Thomas Cook – some for holiday sickness but others with life-changing injuries suffered whilst on holiday.

Insolvency handlers say Thomas Cook is not in a position to make any payments and that claimants are likely to become unsecured creditors. It is unclear what – if any – costs will be recovered by firms.

Prior to the liquidation, the company had provided personal injury cover for customers as part of its holiday package, without fully insuring against the cost of potential claims themselves.

Liquidators said: ‘Thomas Cook was managing a large number of personal injury claims from former customers. Generally these claims are not covered by insurance and they will be treated as unsecured creditors in the liquidation. It is very unlikely that sufficient funds will be realised from the sale of assets to make payments against these claims.’

The government has peviously committed to establishing an exceptional statutory compensation scheme for those with serious long-term need will be looked after. Routine claims, not involving serious hardship or loss of life, will not be covered. An update on this scheme is expected from the government now that general election purdah is over.